The African Wild Cat, (Felis Silvestris lybica) is an indigenous species of wild cats of Africa. It is the ancestors of the domestic cat. They are widespread throughout Africa, but absent from the tropical rainforests and Sahara Desert. Their main threat is hybridising with domestic and feral cats.

Ancient Egyptians were the first people to domesticate this cat. They were tamed and kept in their granaries to reduce rat populations. You can still see evidence of this on the walls of the pyramids and tombs.

Miscellaneous: The African Wild Cat is the ancestor of the domestic cat. It occurs across a wide distribution and has a wide variety of coat colours to help it blend into its environment.

Size and Appearance: They weigh between 7-18 pounds, is 14-16 inches tall and lengths of 29-46 inches.  Colours range from sandy to  greyish-brown and dark grey. There are 2 main colours. One is greyish-tan and the other is steel grey. The darker variation is found in wetter areas, while the lighter one is found in the drier regions. It has bold stripes on the coat that run along the neck and legs similar to a striped tabby, but with less stripes and more widely spaced. These cats usually have cream  patches on their throats, abdomen and between forelegs. The ears are orangey-brown with no central white spots on the backs. The tail is bushy and blunt ended, unlike a domestic cat’s tapered tail.

Reproduction : Gestation is 56-63 days. Females produce a litter of 1-5 kittens. The average number is 3. Newborns weigh approximately 2.75-4.5 ounces. Their eyes open by the 10th day and they begin to walk by 16th-20th day. Hunting starts at 12 weeks and they are independent by 5 months. They reach sexual maturity around 11 months.

In captivity, they can live up to 15 years.

Social System and Communication: Solitary. Much like domestic cats, males compete for the females who are in season.

Principal Threats: Their main threat is cross-breeding with domestic cats. Because of the wide spread problem of feral,  pure African Wild Cats are rare. 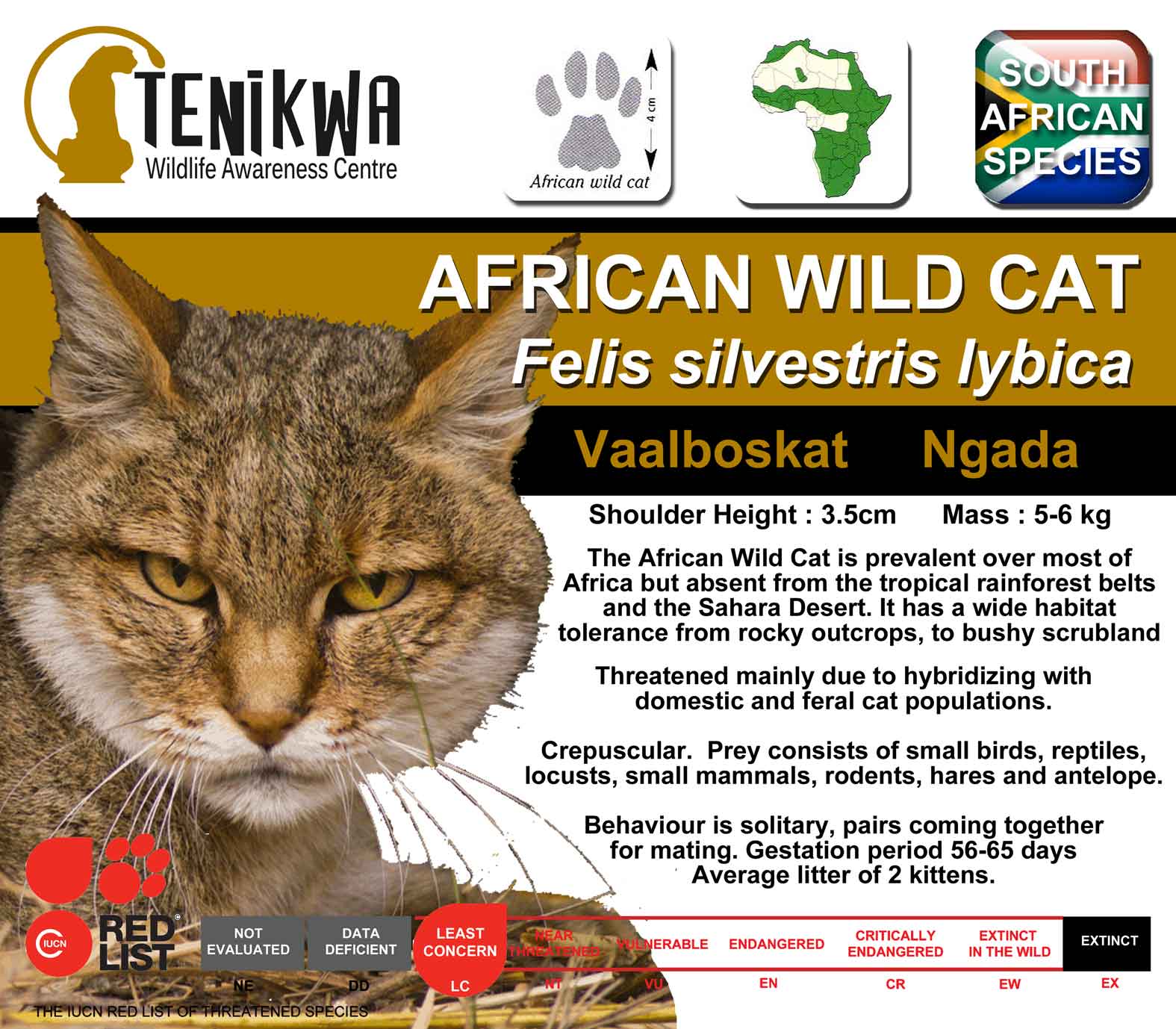 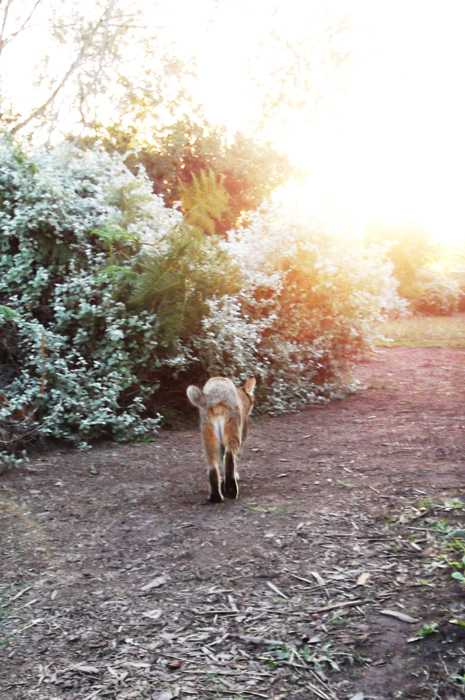 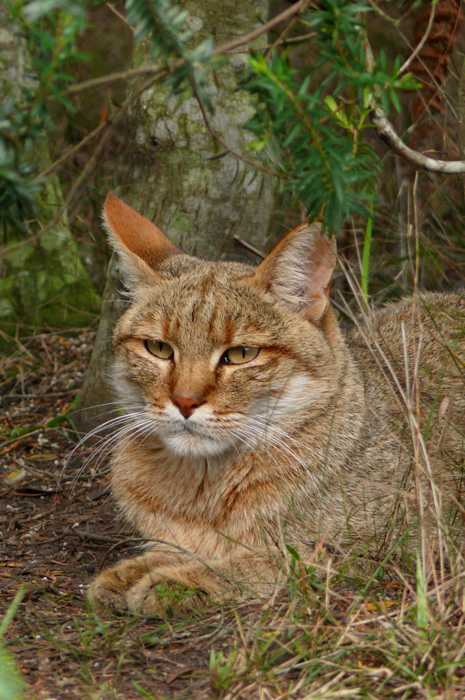 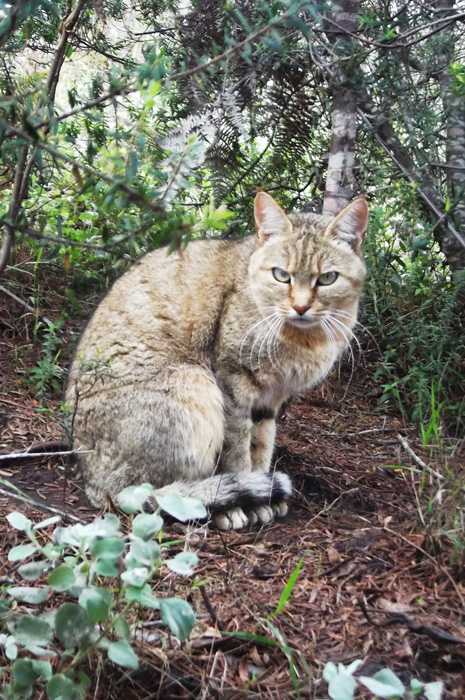 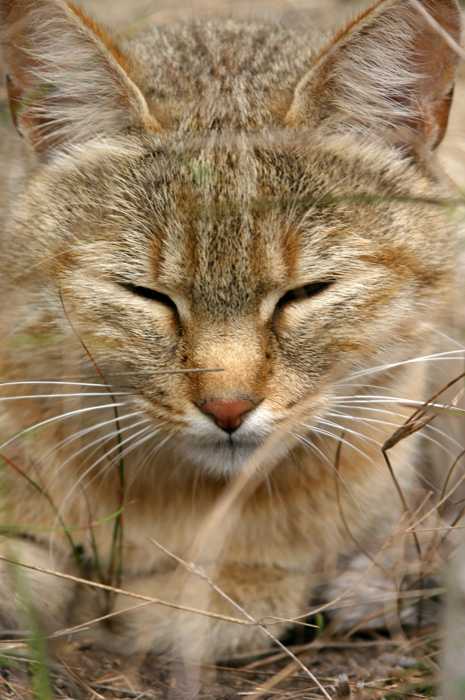 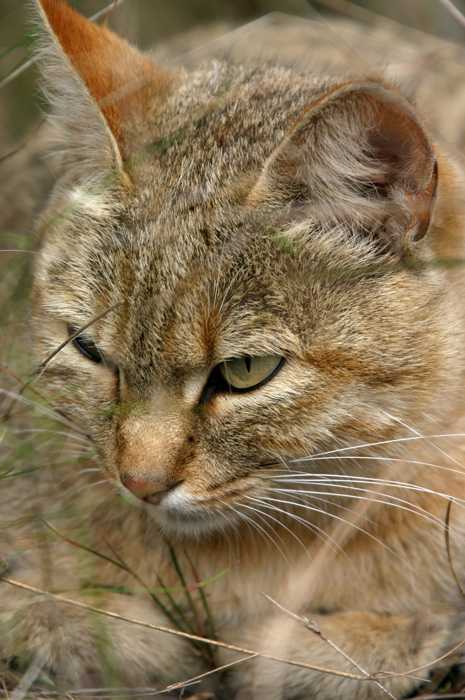 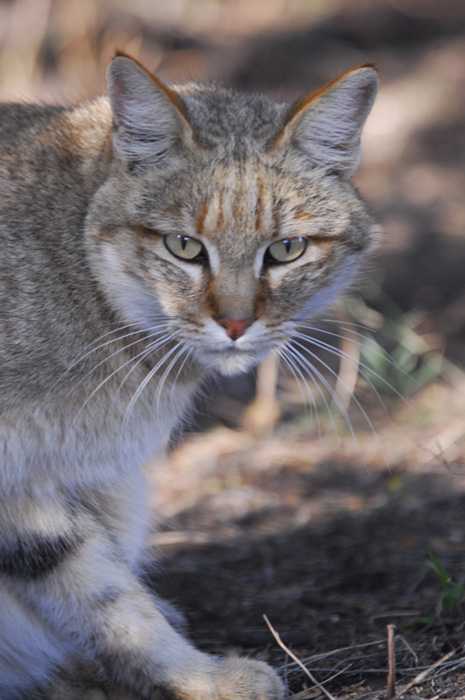 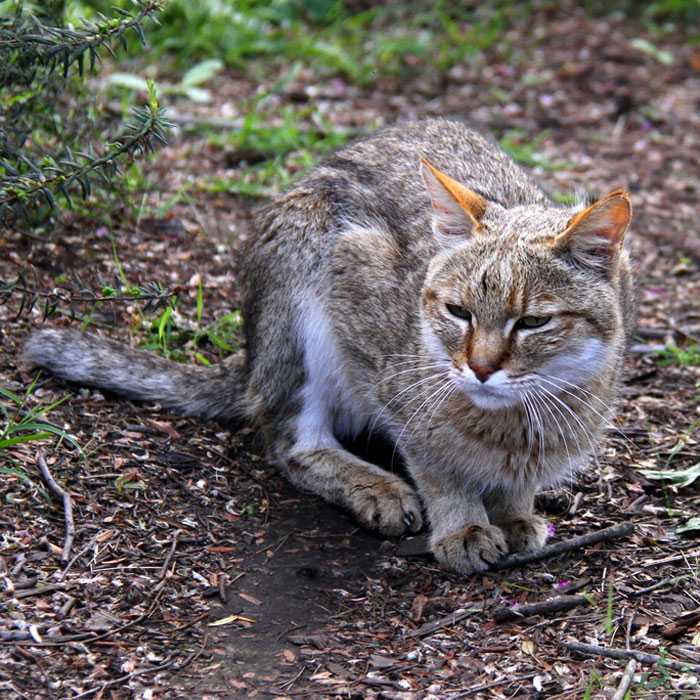 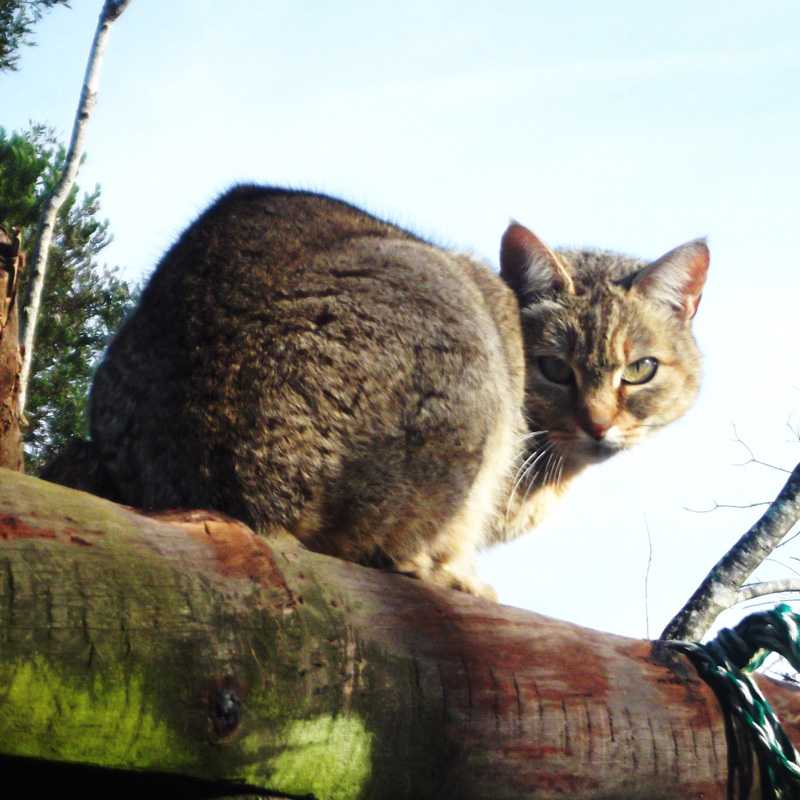 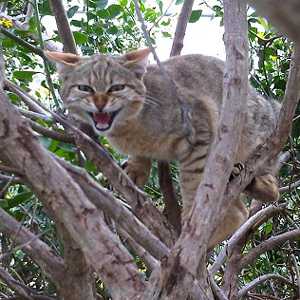 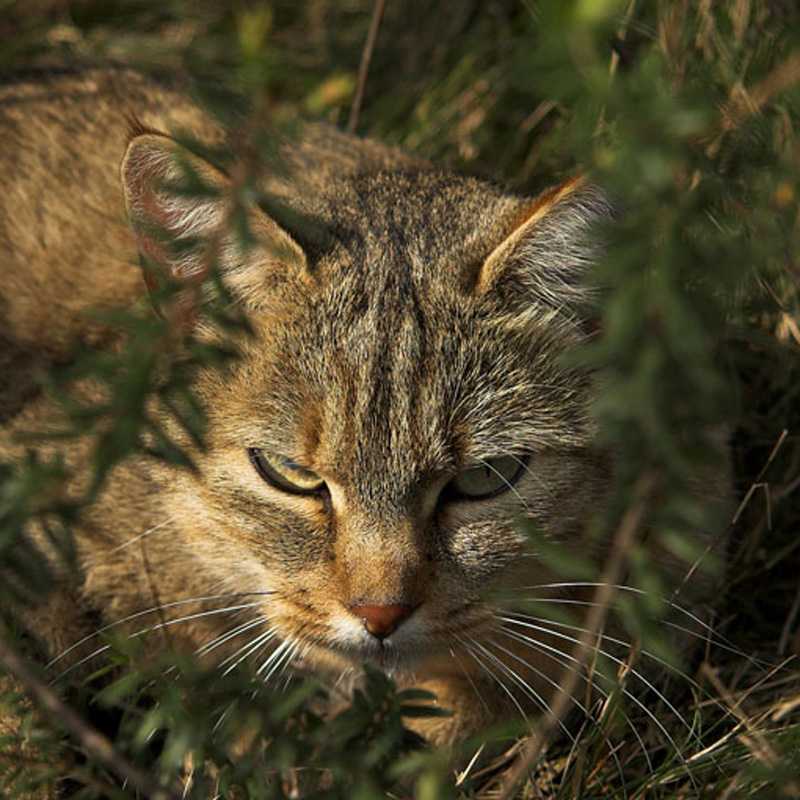 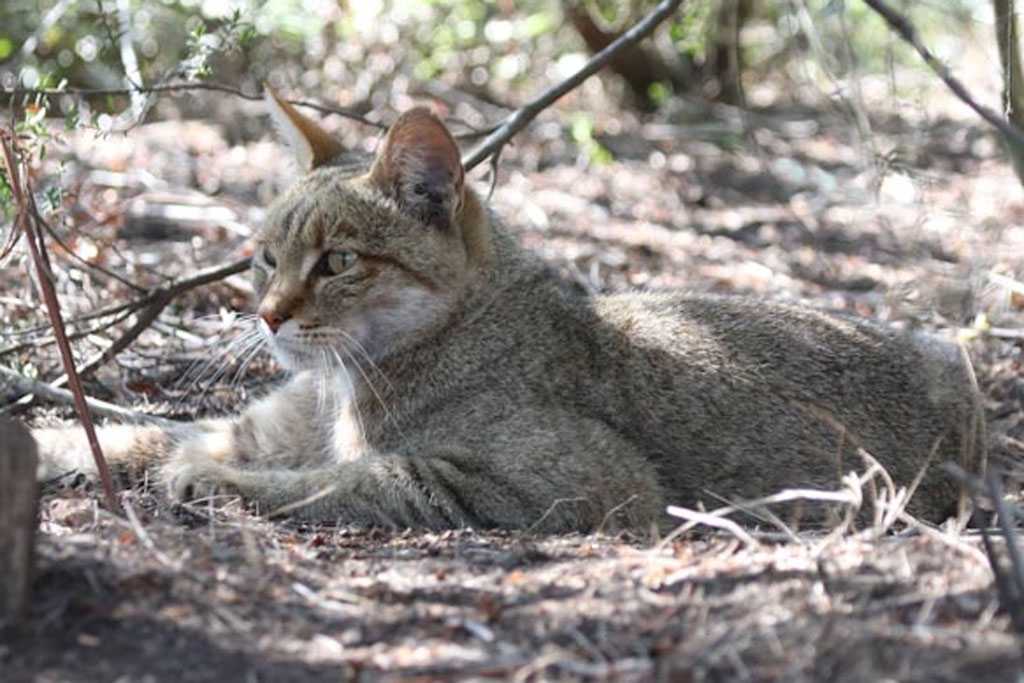 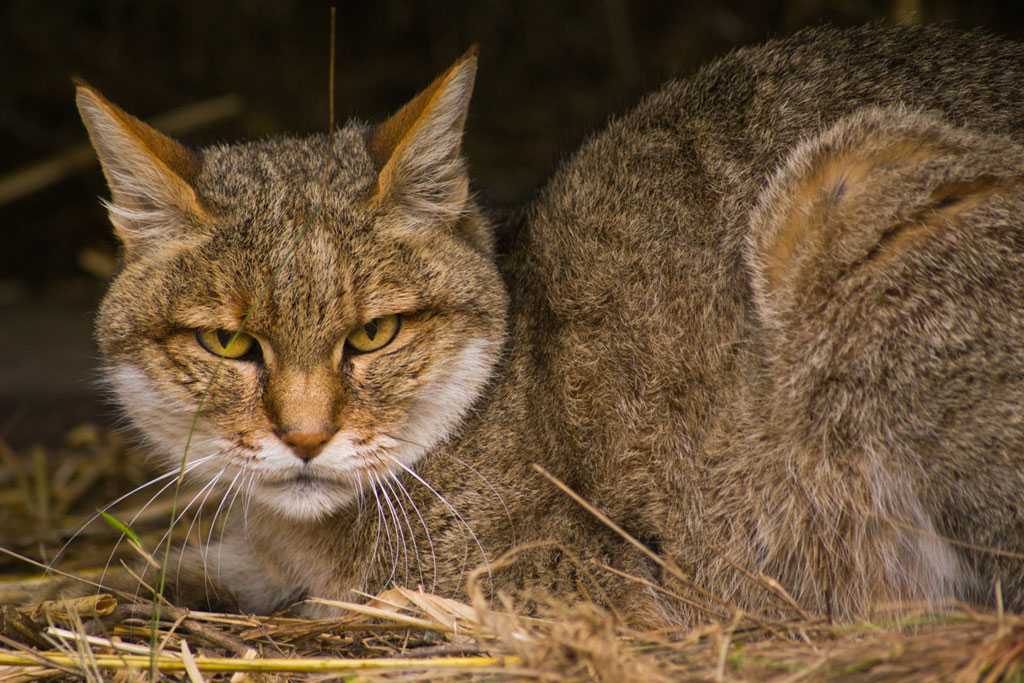 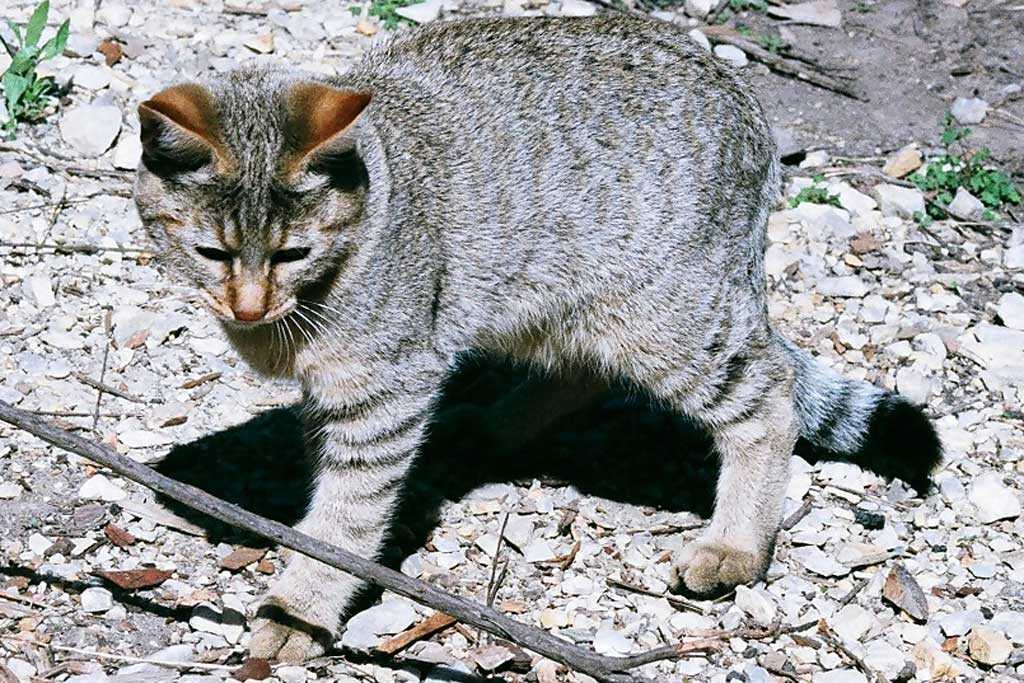 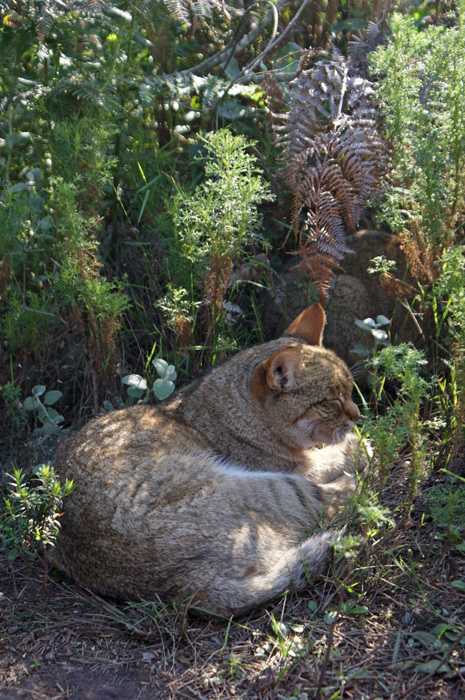 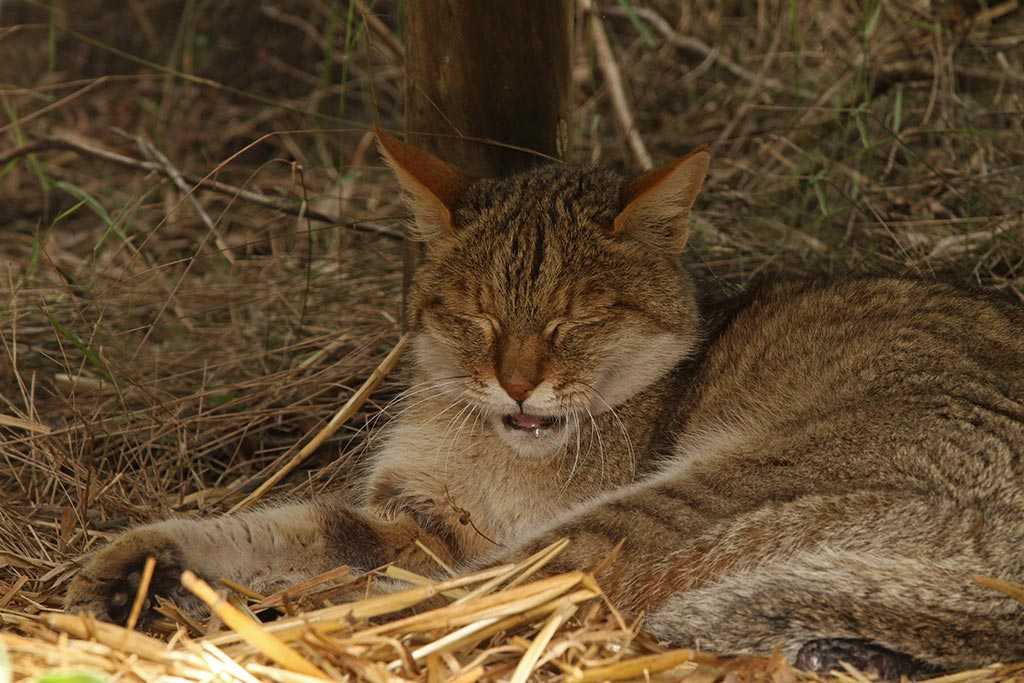