The Wild Cats of South Africa – The Caracal

The name Caracal is derived from a Turkish word “karakulak” meaning “black ear.” The Caracal was once tamed and trained for bird hunting in Iran and India. The Caracal is capable of leaping into the air and knocking down 10-12 birds at one time. Read more interesting Caracal Facts.

Habitat: Caracals live in the drier savannah and woodland regions of sub-Saharan Africa and prefer the more scrubby, arid habitats. They will also inhabit evergreen and montane forests, but are not found in tropical rain forests.

Caracal are very agile and can jump up to 3 metres in the air to catch guinea-fowl and pigeons.  The old saying “To put the cat amongst the pigeons” stems from an old middle east practice of putting a caracal in an arena with a flock of pigeons and taking bets how many the caracal can catch once it is released.

Size and Appearance: Often referred to as the desert lynx, the Caracal does not actually posses the same physical attributes of members of the lynx family, such as the characteristic ruff of hair around the face. Instead, it has a short, dense coat, usually a uniform tawny-brown to brick-red, and black (melanistic) individuals have been recorded. As the name implies, the backs of the ears are black and topped with long black tufts about 1.75 inches long. This tuft is the characteristic that Caracals do share with the members of the lynx family. It is the largest member of Africa’s small cats and its most formidable. Males can weigh as much as 40 pounds and females as much as 35. They stand between 16-20 inches at the shoulder and are 35-39 inches long.

Reproduction and Offspring: After a gestation of approximately 78-81 days, females produce a litter of 1-4 kittens, with 2 being the average. They begin to open their eyes on their first day of life, but it takes 6-10 days for them to completely open. They are weaned at 10 weeks and will remain with their mothers for up to a year. They attain sexual maturity between 12-16 months. In captivity, Caracals have lived up to 19 years.

Social System and Communication: Caracals are solitary animals and social interactions are limited to periods of mating, except for mothers with kittens.

Hunting and Diet: Caracals prey on a variety of mammals, with the most common being rodents, hares, hyraxes and small antelope. Unlike the other small African cats, Caracals will not hesitate to kill prey larger then themselves, such as adult springbok or young Kudu. Caracals have also been reported on occasion (although this is an exception rather than a rule) to store their kills in trees, as do the leopards. These cats are mostly nocturnal, but have been spotted in daylight in protected areas.

Principal Threats: Caracals are mostly killed for livestock predation, although this only occurs in a few of its ranges it still adds up to large numbers of deaths (2219 animals in one area alone). In other areas of its range, it fights hunting for its skin and for its meat, which some bush tribes consider to be a luxury. 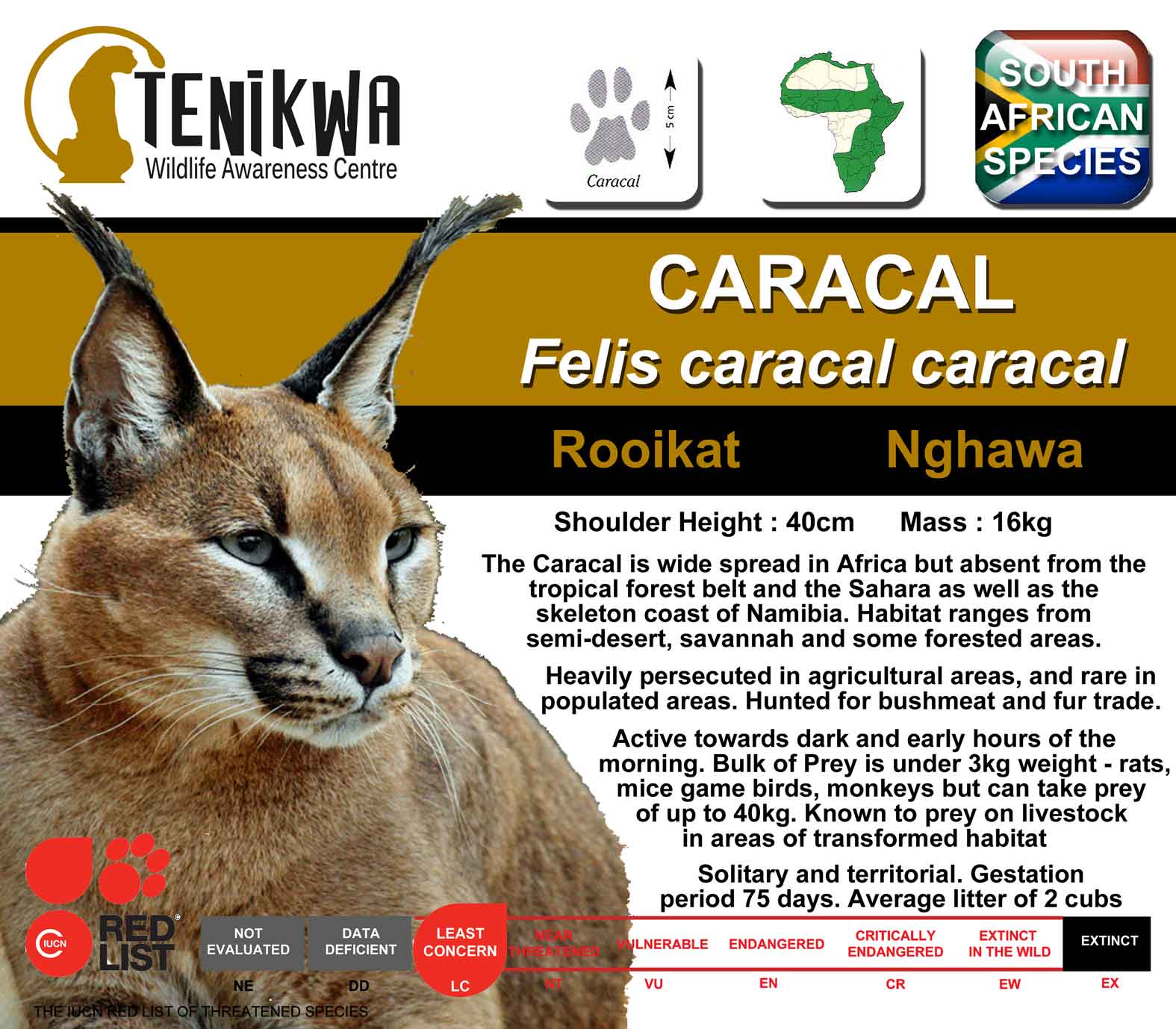 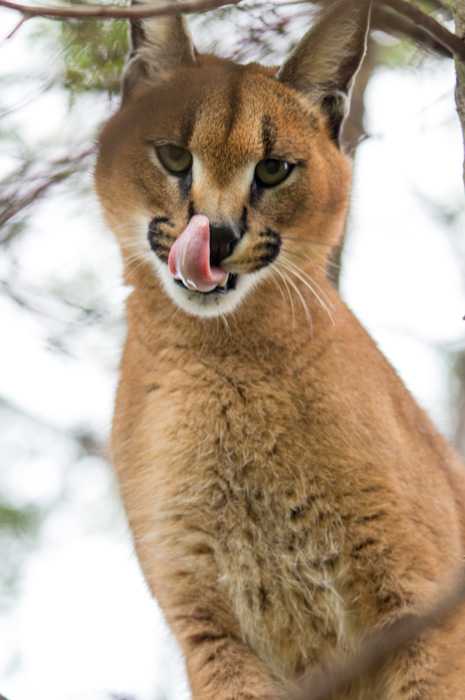 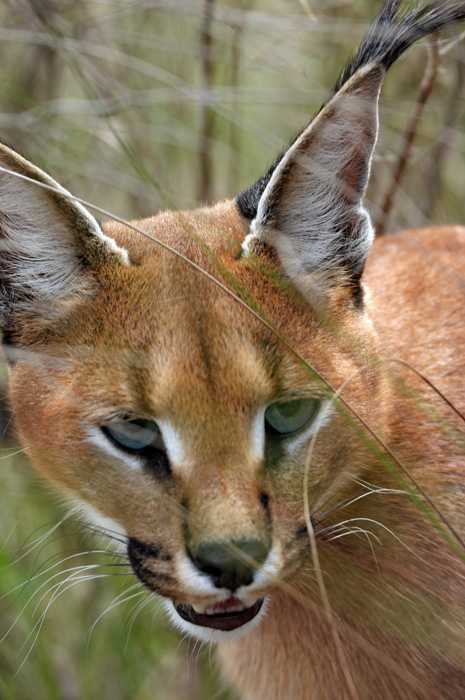 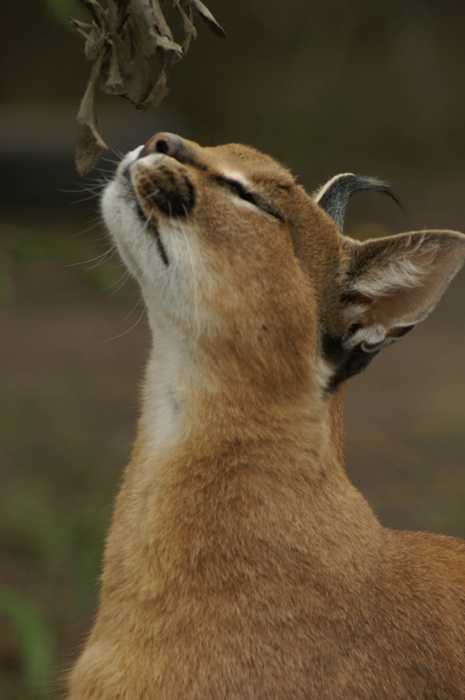 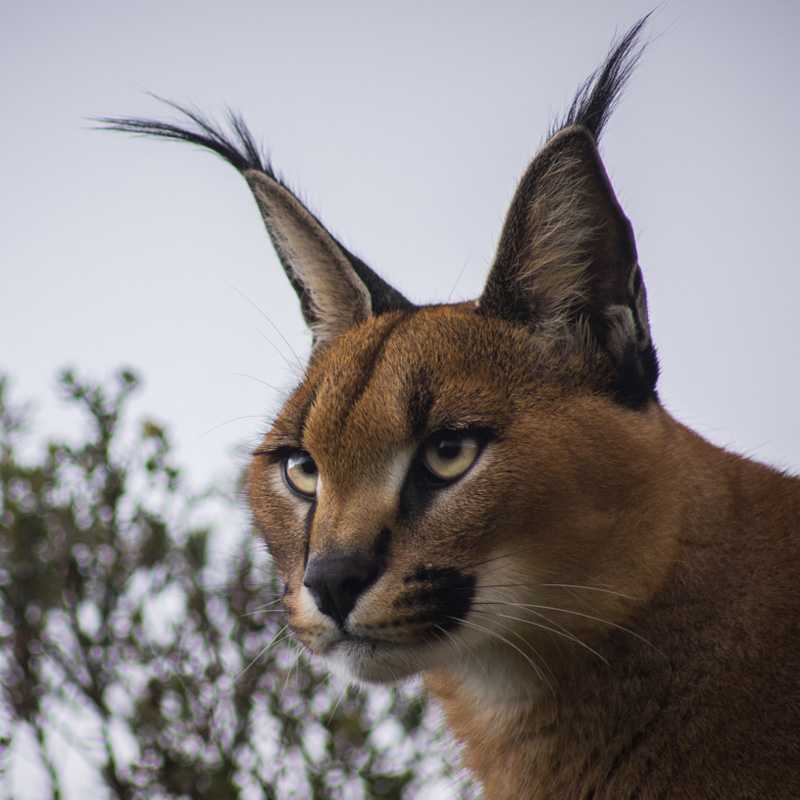 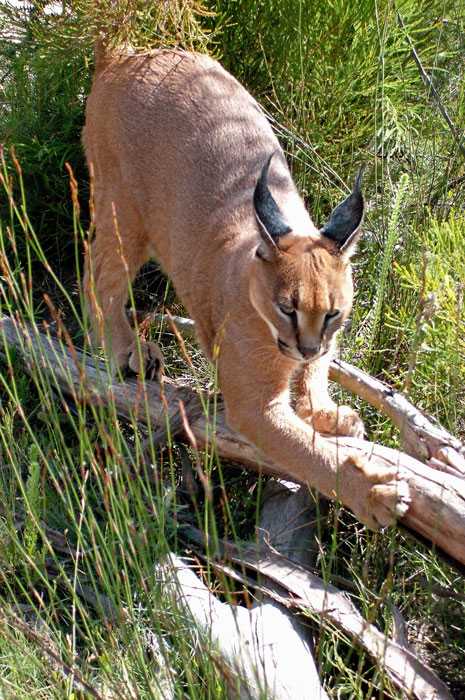 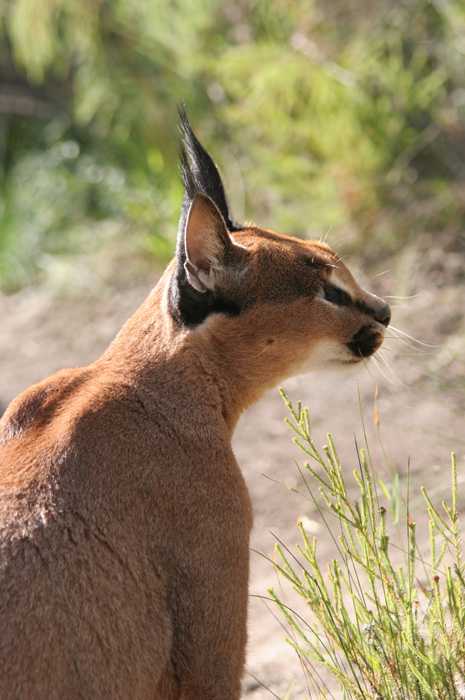 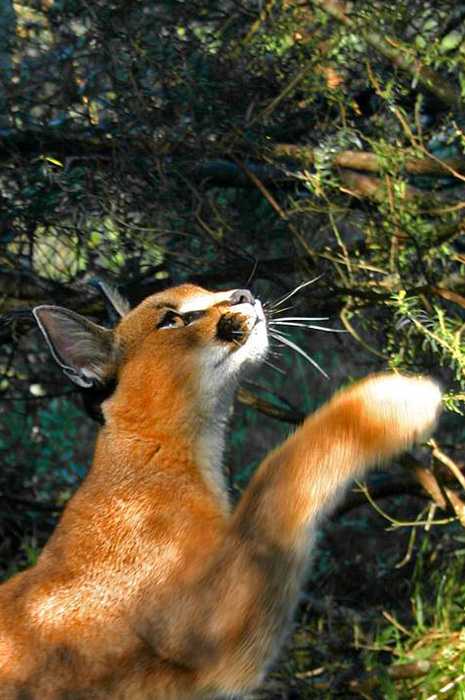 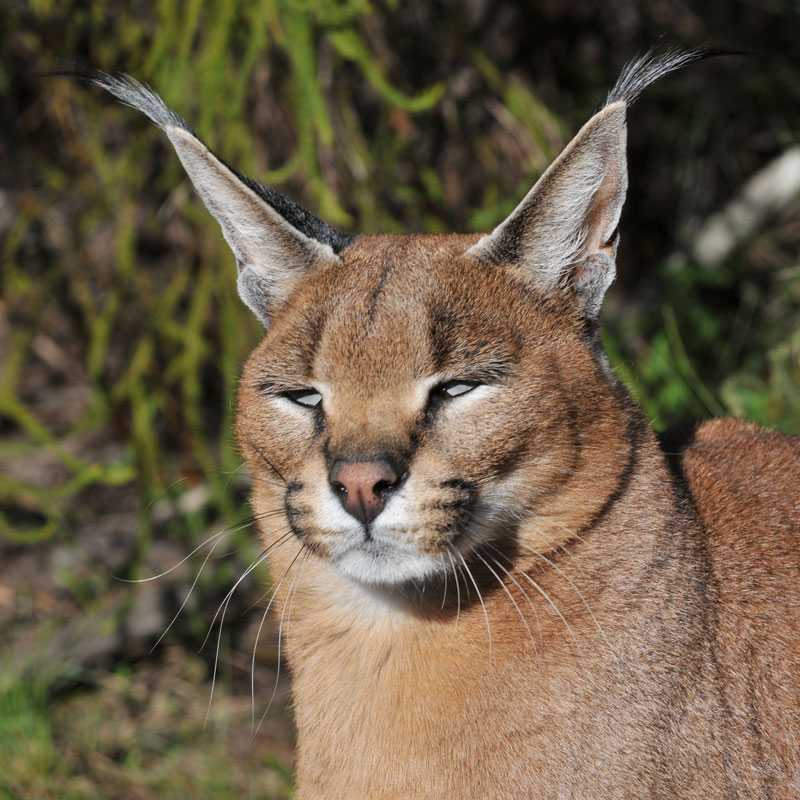 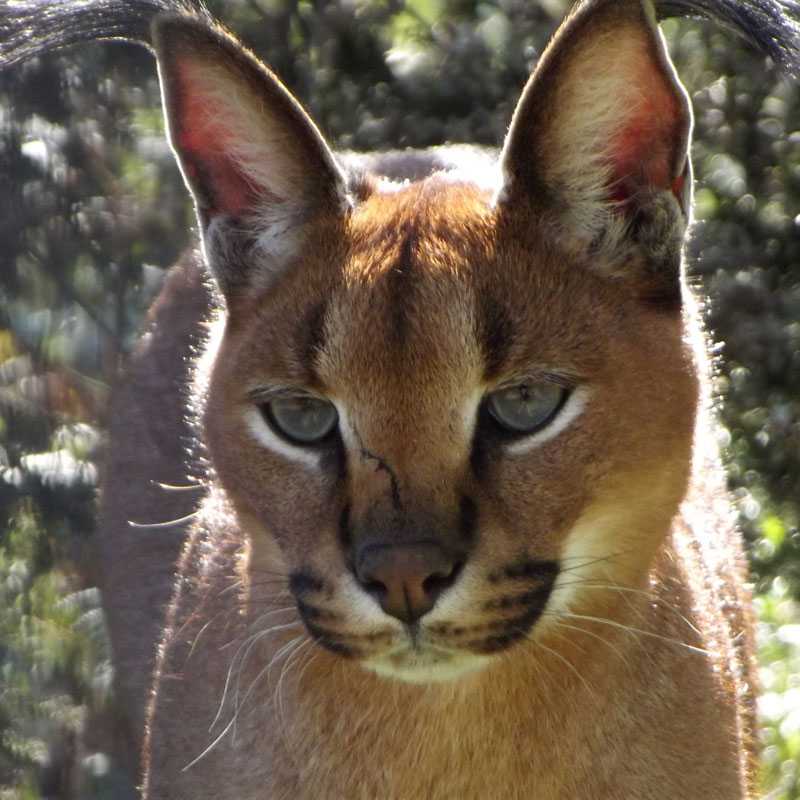 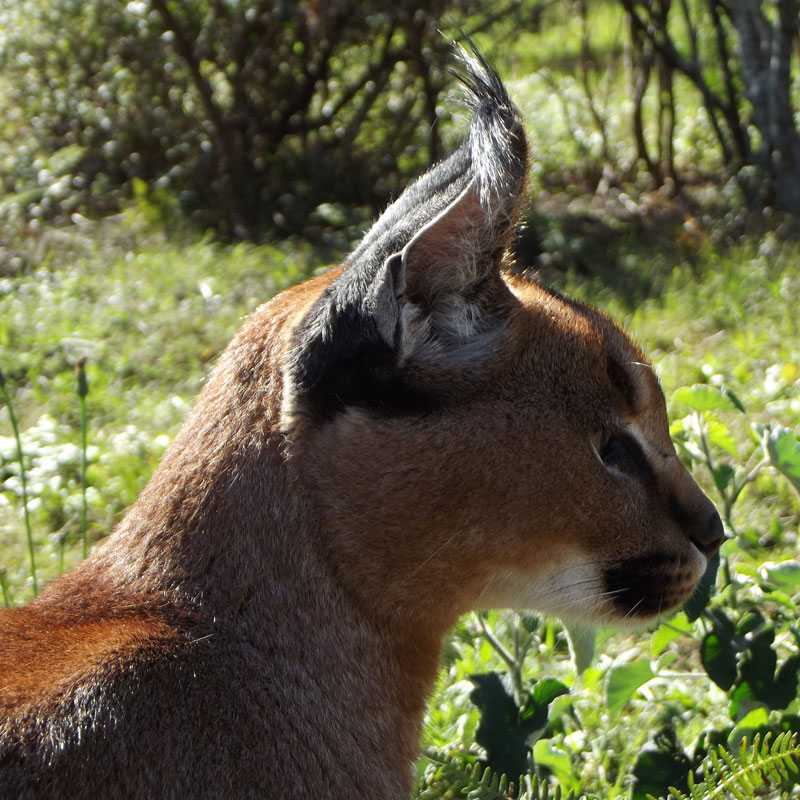 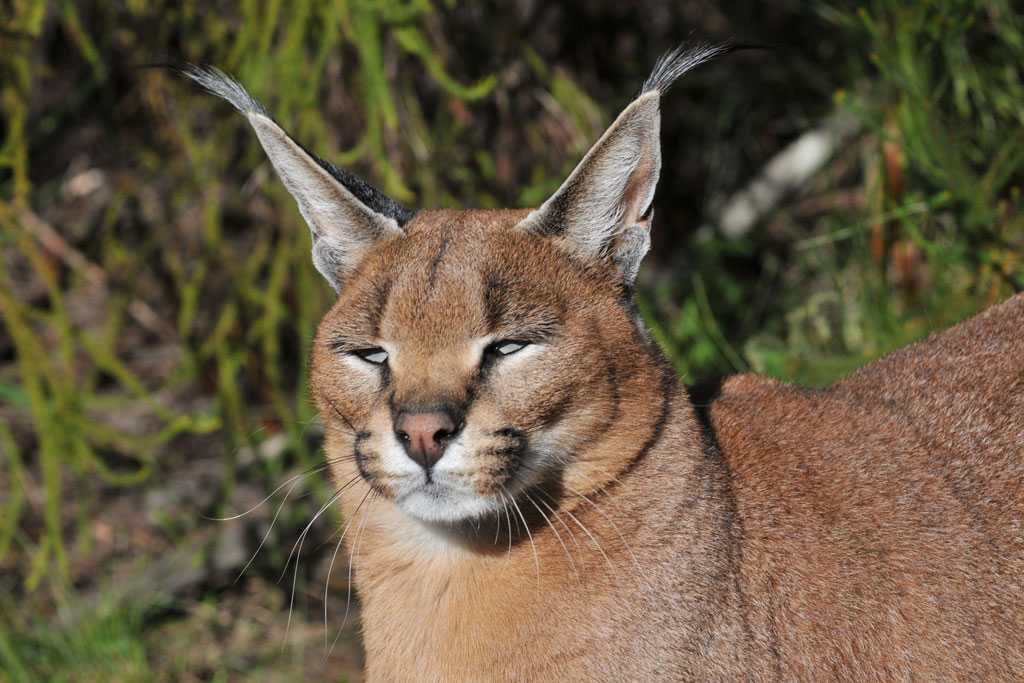 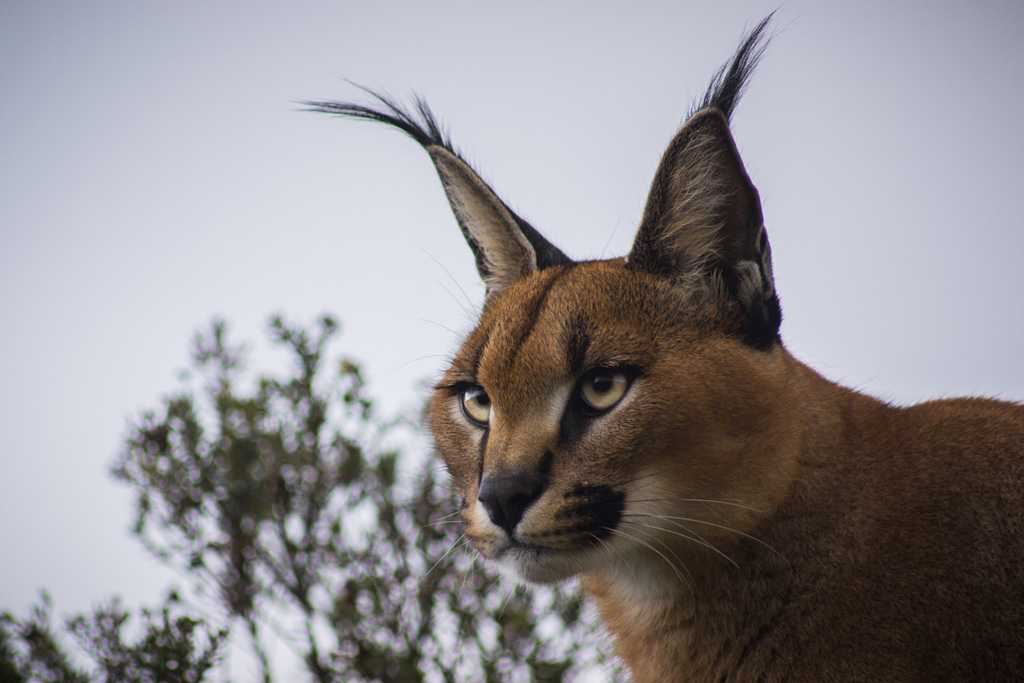 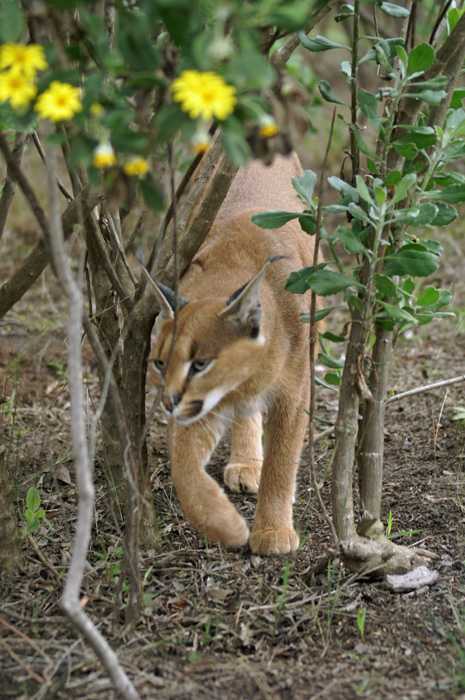 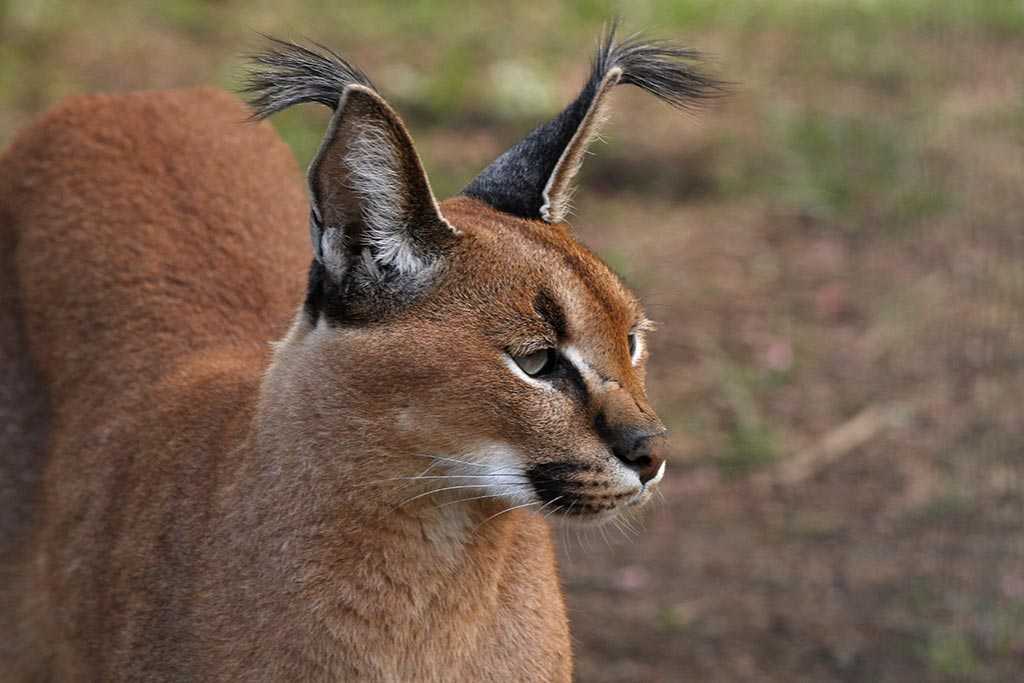