The Wild Cats of South Africa – The Leopard

The leopard, in its melanistic color phase, is often mistakenly referred to as a black panther. This species has been (and is still) illegally hunted throughout its range for sport and for its fur.

This cat, in its melanistic color phase, is often mistakenly referred to as a black panther. This species has been (and is still) illegally hunted throughout its range for sport and for its fur.

Habitat: The leopard can adapt to almost any type of habitat that provides it with sufficient food and cover, which excludes only the interior of large deserts. In its range, it is the only large predator in the rain forests.

Distribution: The leopard is found throughout Africa, from the Arabian Peninsula through Asia to Manchuria and Korea

The leopard is capable of running just under 40 miles per hour for brief periods. It can leap more than 20 feet horizontally and 10 feet vertically. It is also a very adept swimmer.

Size and Appearance: The leopard is the smallest member of the 4 “great cats” and most closely resembles its cousin the Jaguar. Leopards vary in length from 3 – 6.25 ft with a tail length of 22.5 – 43 inches and stand 17.5 – 30.5 inches high at the shoulder. Males weigh between 80 – 150 pounds and females between 62.5 – 100 pounds. This spotted cat has short powerful limbs, heavy torso, thick neck and long tail. Its short sleek coat varies greatly from pale straw and gray buff to bright, deep ochre and chestnut and sometimes black (found mostly in wetter, dense forests). Large black spots grouped into rosettes on the shoulders, upper arms, back, flanks and haunches and smaller scattered spots on the lower limbs, head, throat and chest and the belly has large black blotches. .

Reproduction and Offspring: Leopards are capable of breeding between 2 and 3 years and produce 1 – 3 cubs after a 90-100 day gestation. The cubs become independent between 13 – 18 months and siblings may remain together for several months before separating. Females in captivity have produced offspring as old as 19 years, but the average age of last reproduction is 8.5 years.

In captivity leopards have lived over 23 years as compared to 10 – 11 in the wild.

Social System and Communication: Leopards are solitary cats and use the same methods as the other cats for defining their territory: scent marking, feces and scratch marks. It has a variety of vocalizations including grunting, growling, hissing and meowing. One of their most recognized sounds is their distance call which sounds something like someone sawing wood.

Hunting and Diet: Leopards are very opportunistic animals and have an extremely flexible diet. They will consume protein in almost any form, from beetles up to antelopes twice its own weight. It readily eats carrion and caches sizeable kills in trees, returning nightly to feed on them. Their main diet consists of over 30 different species including: medium sized antelopes (reedbuck, impala, Tommy’s gazelles) and the young of larger species (topi, hartebeest, wildebeest, zebra) as the primary food sources, with hares, birds and small carnivores rounding out the list. They have even been known to include the occasional baboon in their diet 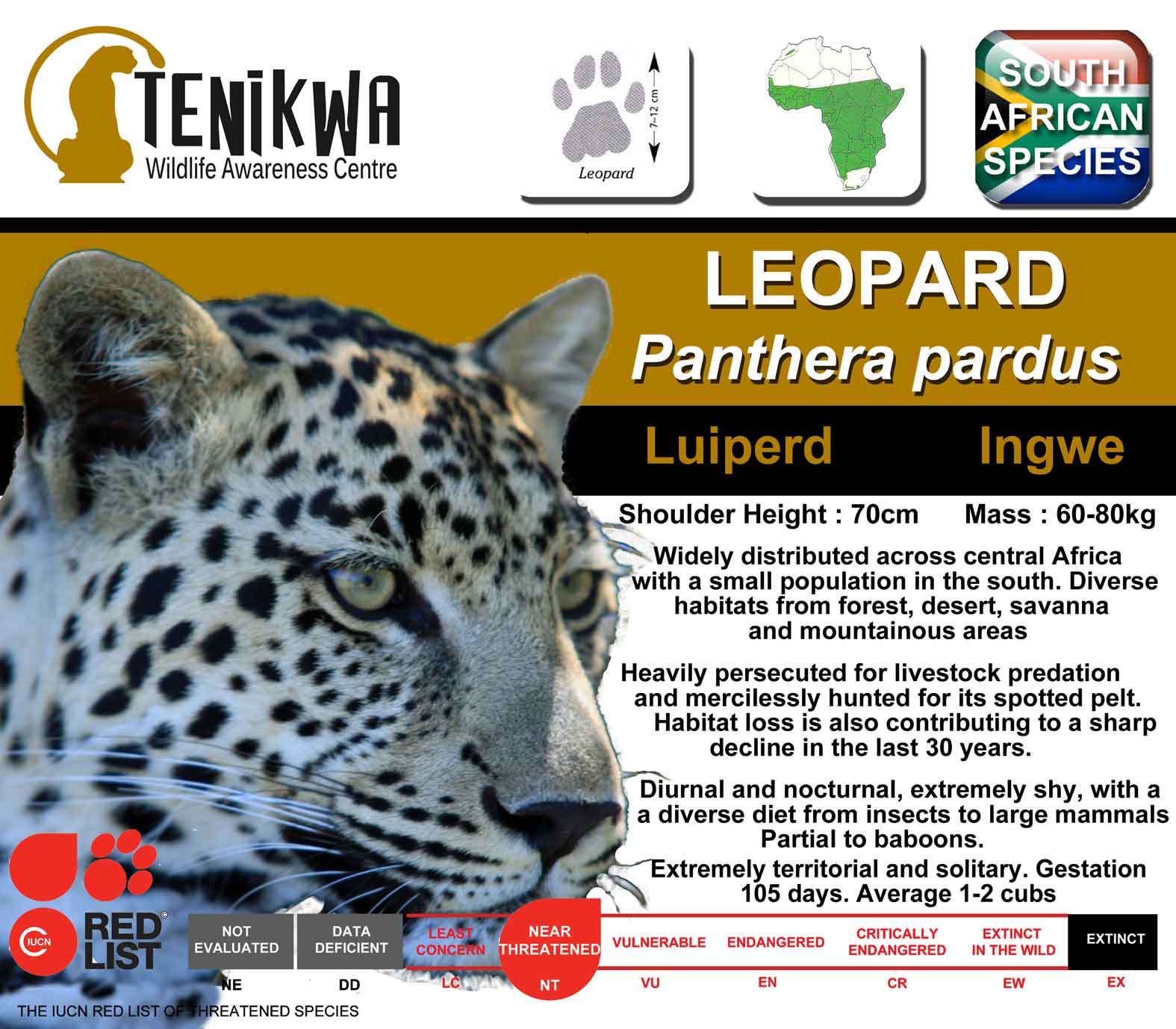 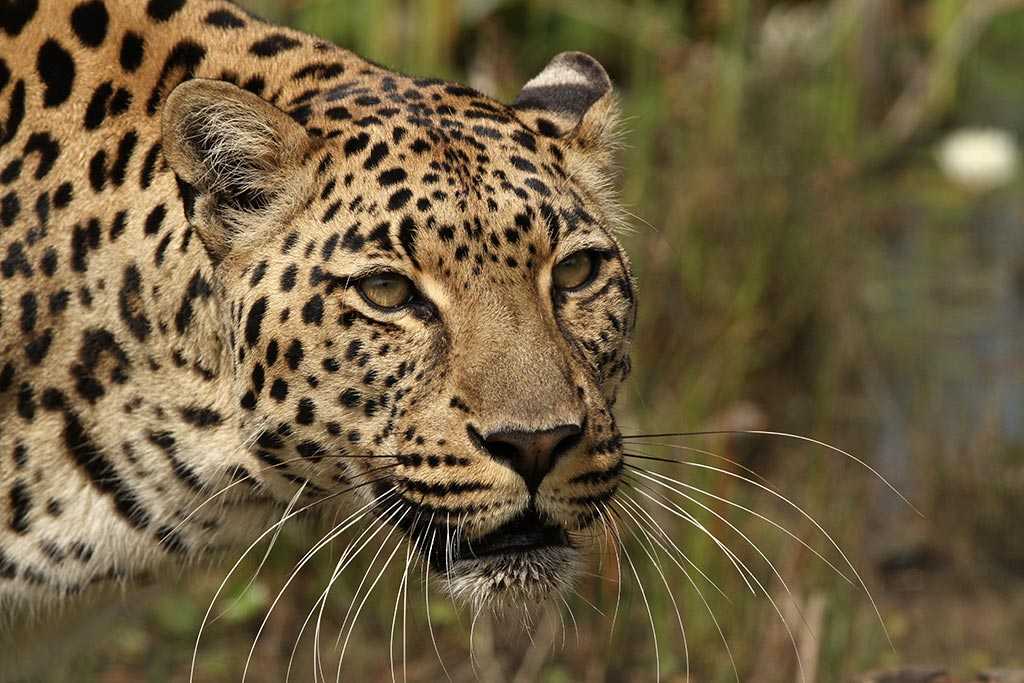 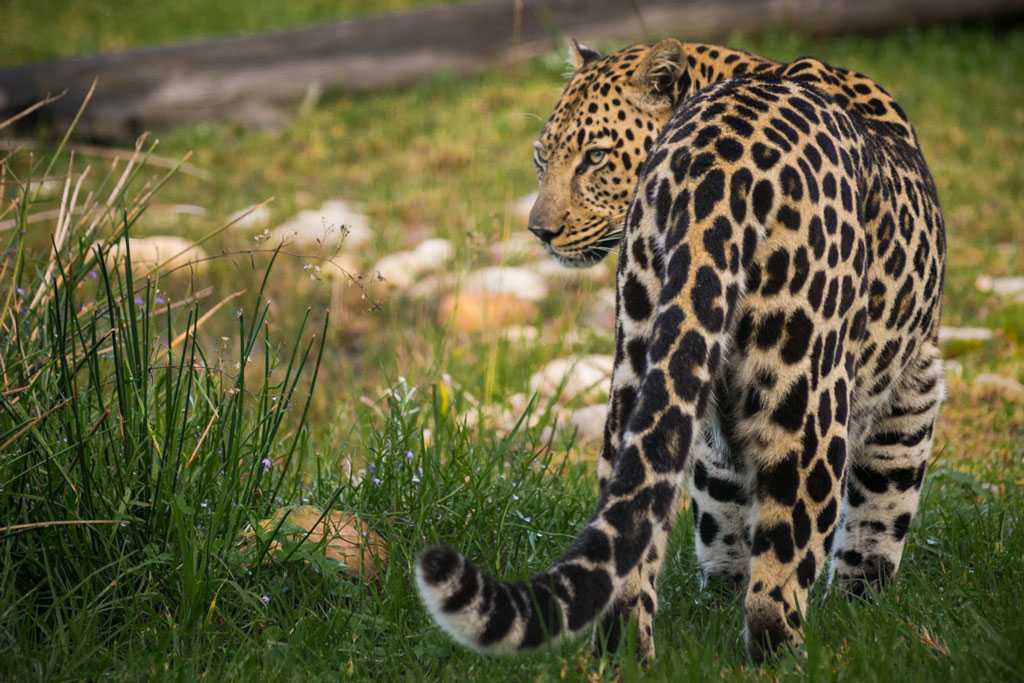 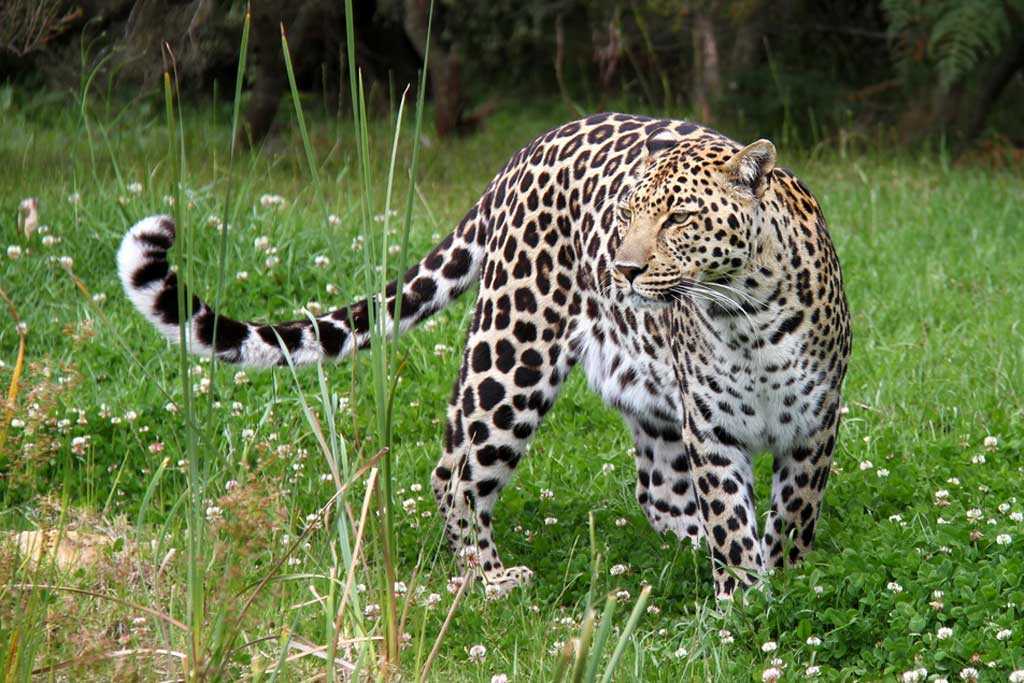 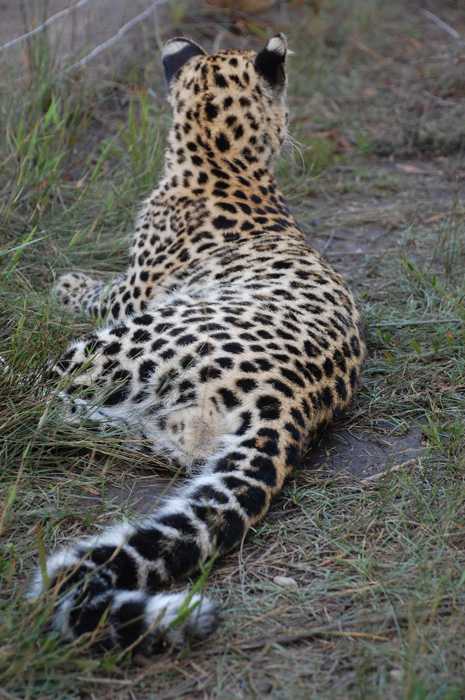 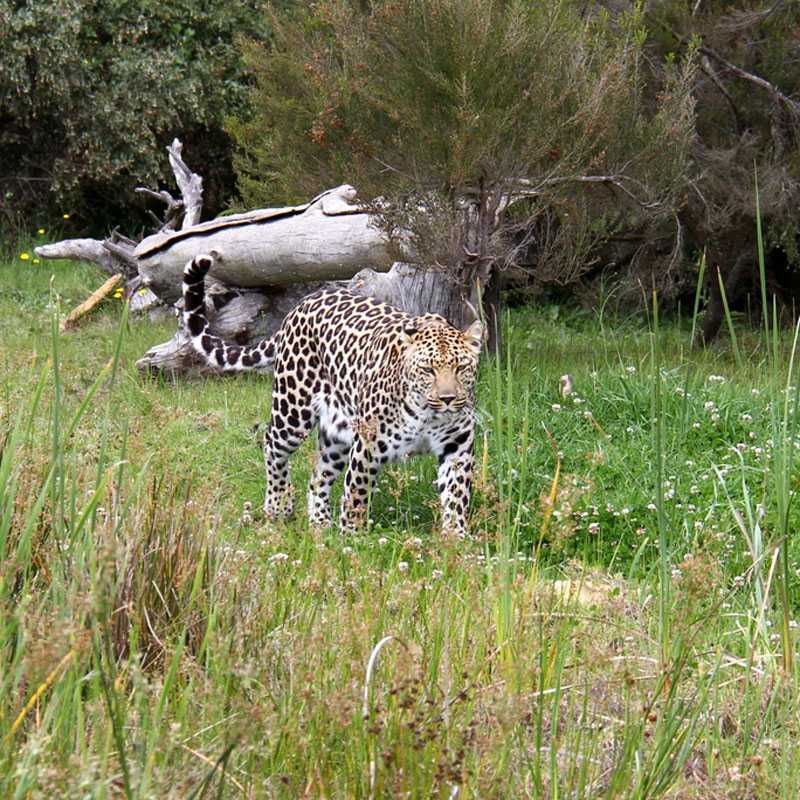 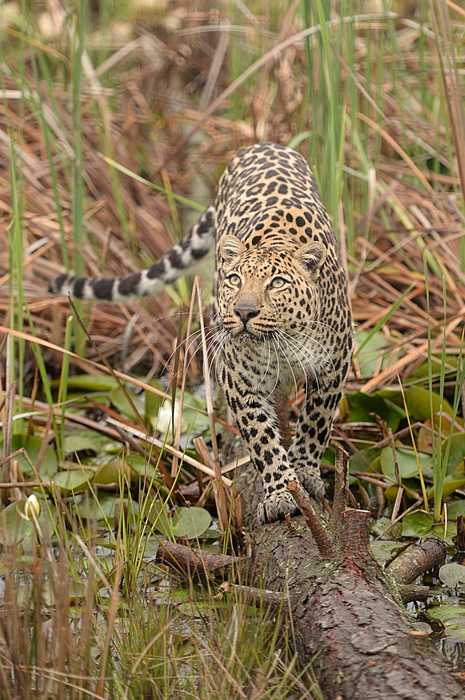 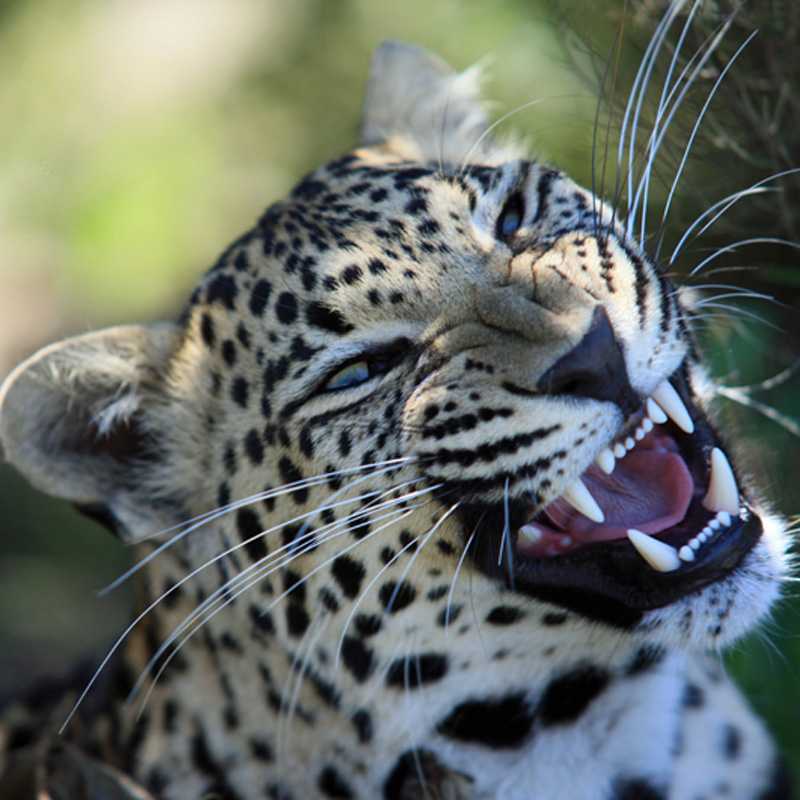 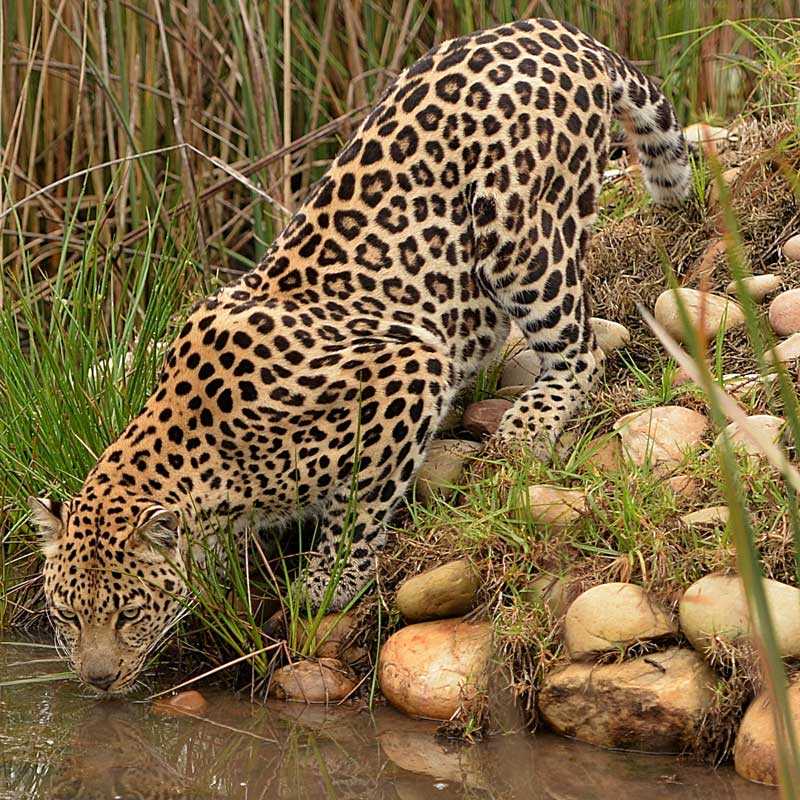 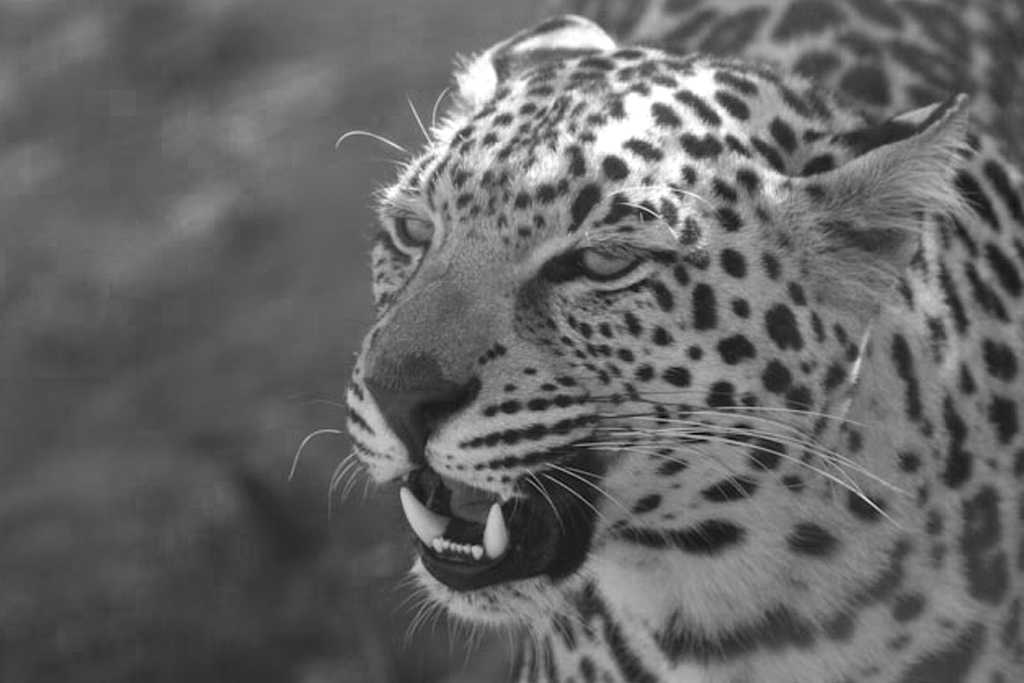 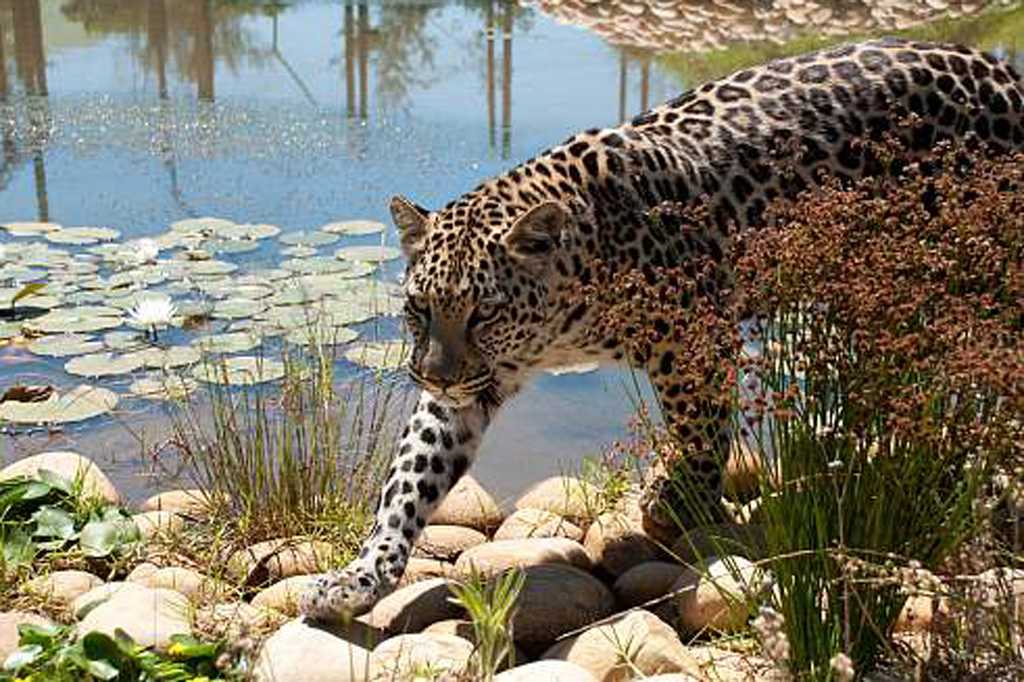 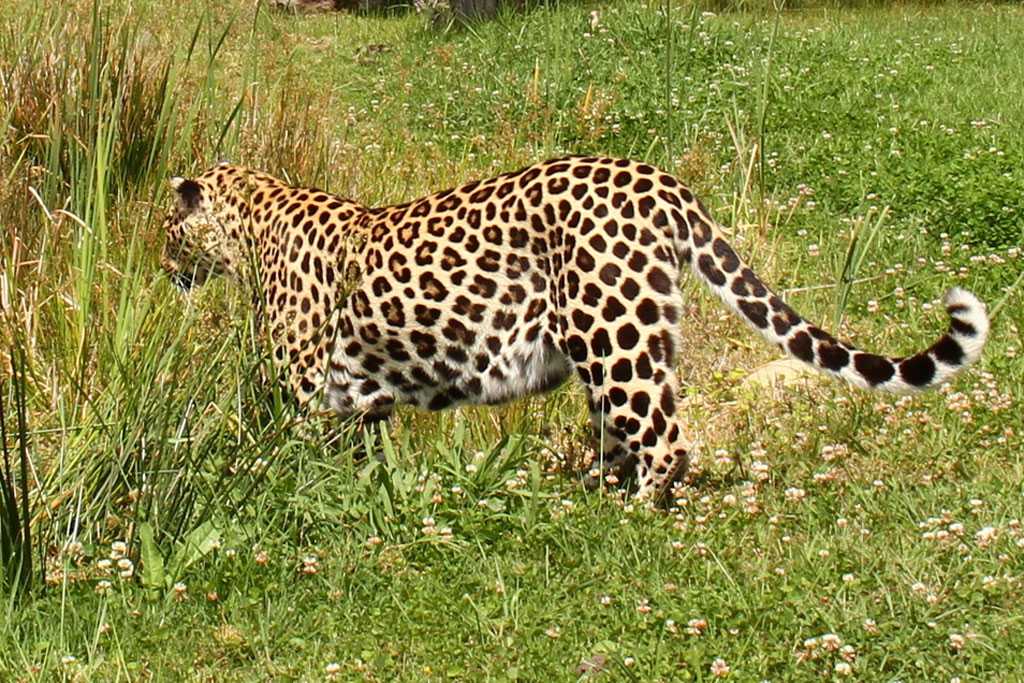 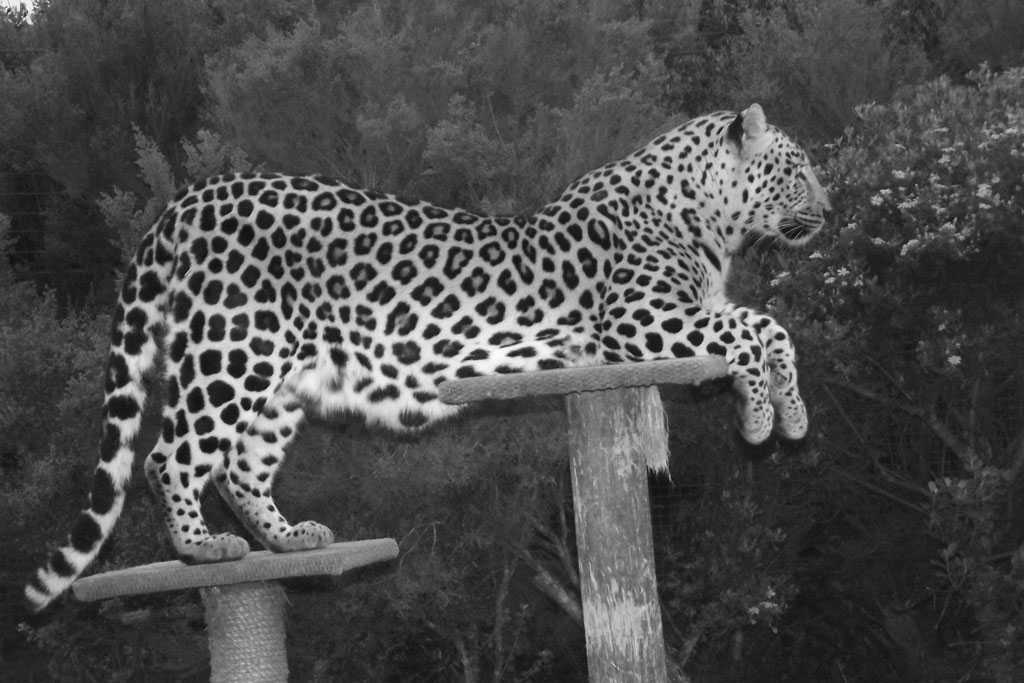 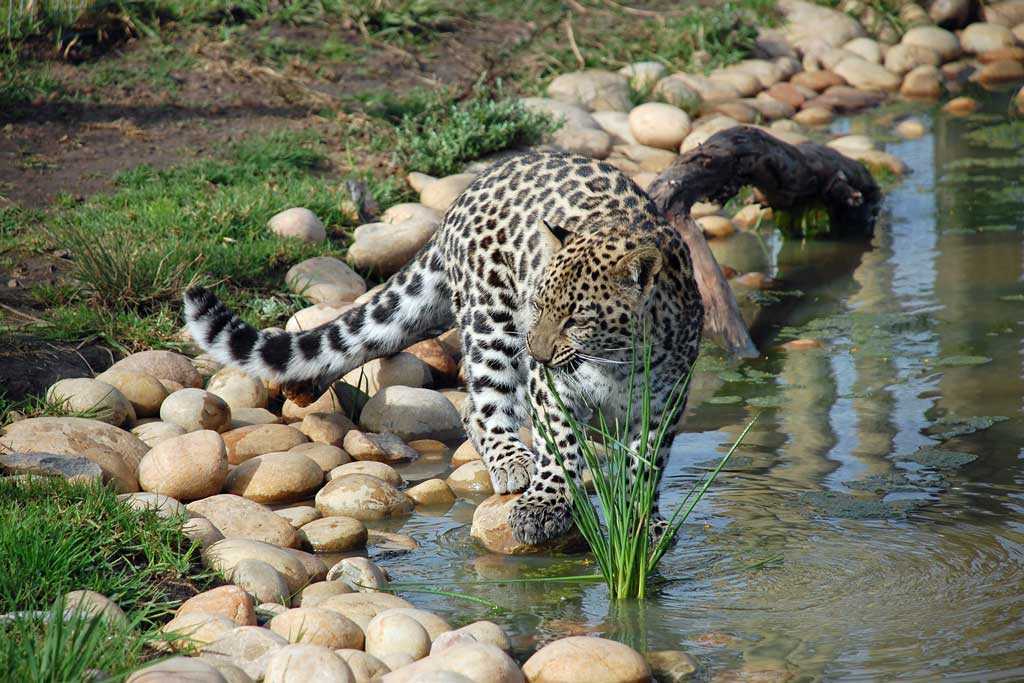 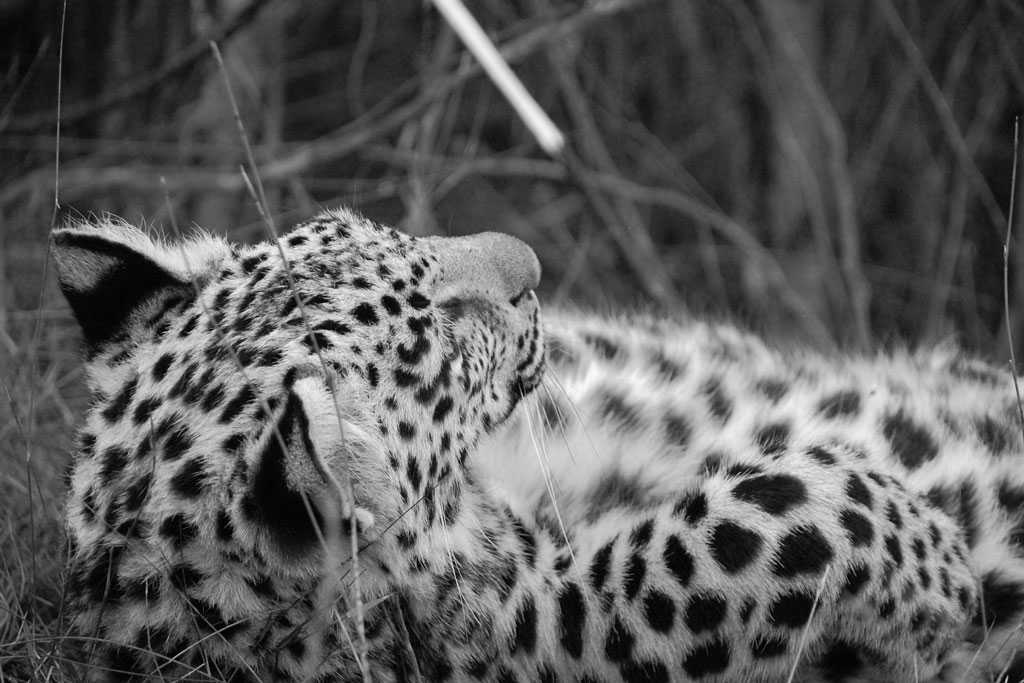 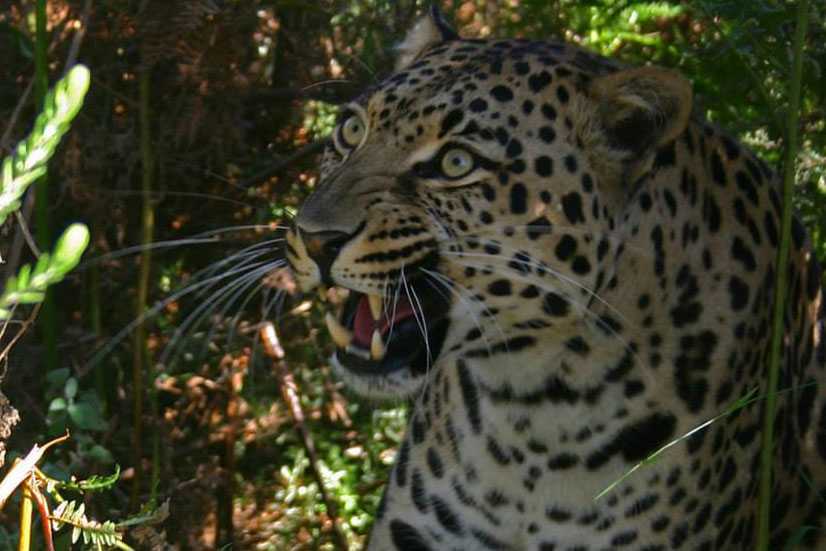 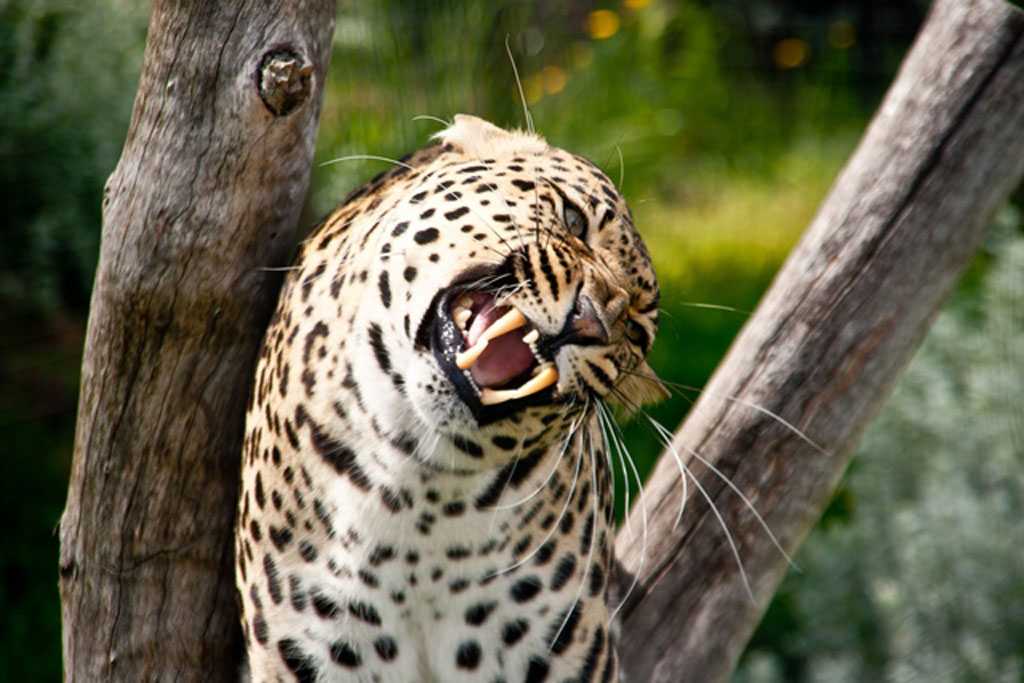 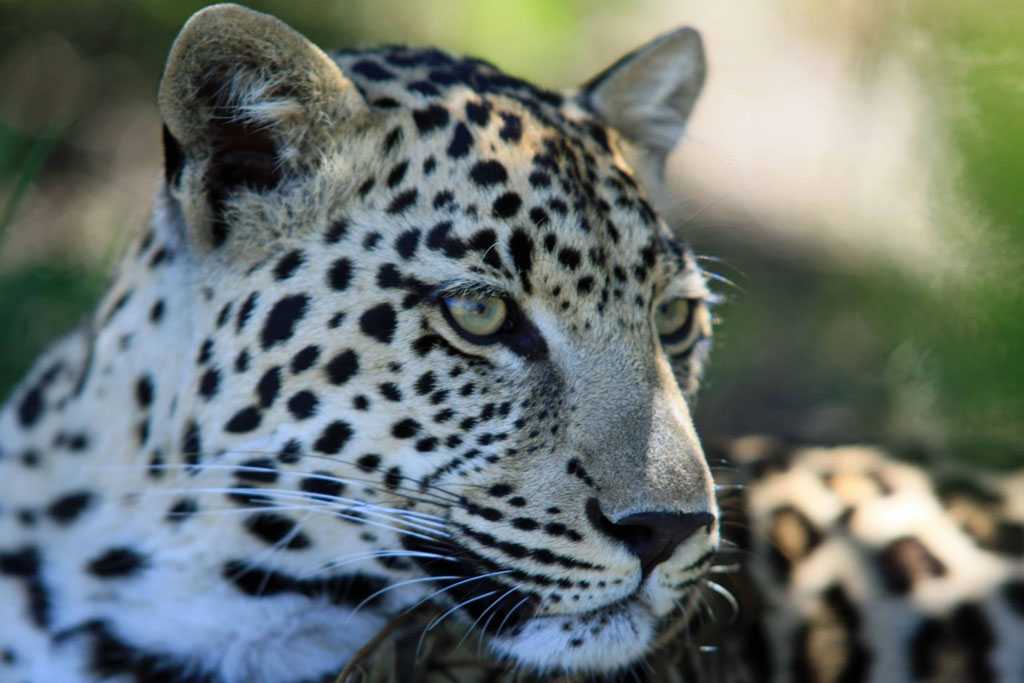 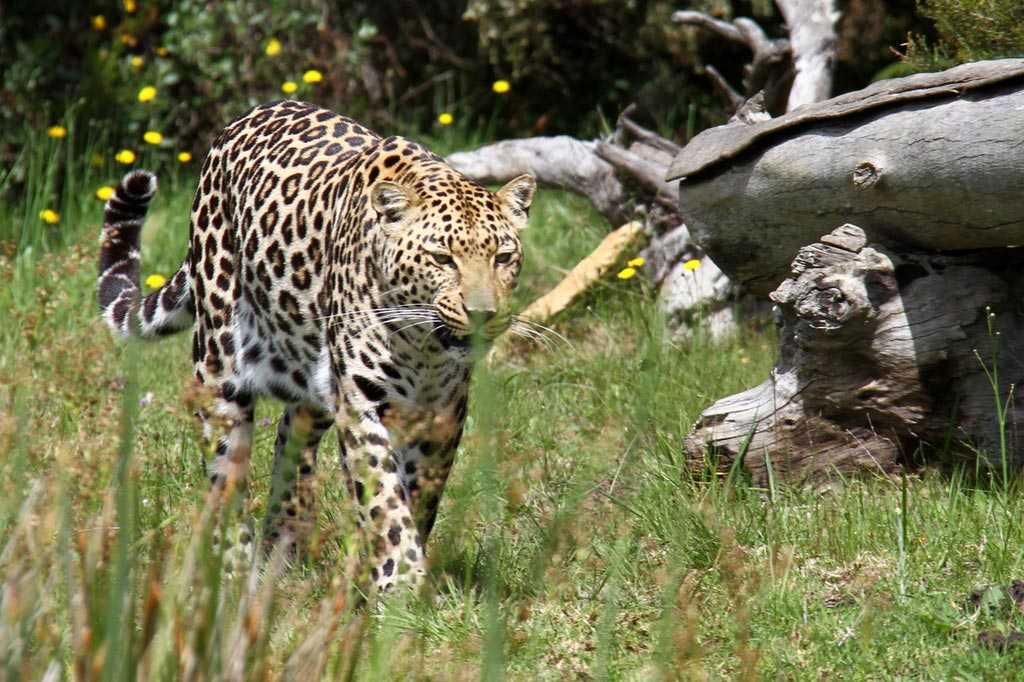