The Wild Cats of South Africa – The Serval

The seldom-seen Serval is one of the lesser known cats of Africa. This agile spotted cat is in decline in most of its distribution area. Factors contributing to the decline include traditional uses such as hunting for body parts (medicinal use), meat and tribal clothing. Loss of habitat is also impacting on numbers, along with sport hunting.

Habitat:  The Serval is found in well-watered savannah long-grass environments and are associated with reed beds and other riparian vegetation types. They occupy a variety of habitats all associated with water sources, they range up into alpine grasslands and can penetrate deep dense forests along waterways and through grassy patches, but are absent from rain forests. They will make use of arid areas in extreme instances and have occasionally done so in parts of south-western Africa .

Servals use echo location to pick up the vibrations of their prey. They also have the longest legs in relation to their body of all the cats of africa

Miscellaneous: The name Serval is derived from a Portuguese word meaning “wolf-deer.”

Size and Appearance: Often referred to as the cat of spare parts, this unusual, but beautiful cat is among the feline family’s most successful. It has a small, delicate head and extremely large ears set on an elongated neck, long slim legs (hind legs longer than front), long slender body and a short tail. The ears are black on the back with a distinctive white spot and the tail has 6 or 7 black rings and a black tip. The coat color is pale yellow with black markings, either of large spots that tend to merge into longitudinal stripes on the neck and back, or of numerous small spots, which give a speckled appearance. These “speckled” Servals from west Africa – called servalines – used to be considered a separate species Felis brachyura, until it was demonstrated that the speckled pattern was just a variation or “morph”.

Reproduction and Offspring: After a gestation of approximately 73 days, females produce a litter of 1-5 kittens, with 2 being the average. They weigh in at around 8.5-9 ounces at birth and it will take 9-12 days until their eyes open. They begin to take solid foods around the age of 3 weeks and are independent between 6-8 months, but may remain in their natal ranges. They attain sexual maturity between 18-24 months and it is at this time that they will be forced out of their mother’s territory. In captivity, Servals have lived up to 19 years.

Social System and Communication: Servals are solitary animals and social interactions are limited to periods of mating. Each sex maintains its own territory.

Hunting and Diet: Much like the big bad wolf in “Little Red Riding Hood” the Servals big ears are “the better to hear you with!” Unequalled in the cat world, the serval’s hearing allows it to locate (echo-location) small mammals moving through the grass or underground and to hunt its prey without seeing it until the final pounce. It also has the ability to leap vertically and catch prey such as birds, right out of the air. They do this by “clapping” with their front paws together and striking with a downward blow. Primary prey items for the Serval includes rodents, birds, reptiles, fish, frogs and insects. Servals have a hunting success rate of 50%.

Principal Threats: the main threats to Servals are leopards, dogs, and of course, man. Because of their beautiful pelage, they are a prime target for poachers. Their skins are sold as young leopards or cheetahs, which are much scarcer. The pelt trade for they are sold is mostly for domestic ceremonial, medicinal purposes or the tourist trade rather than for commercial export. There is also the issue of preserving the land that makes up their homeland, which is destroyed by human encroachment or from annual burning of grasslands. Some tribes hunt and kill the Serval for their flesh, which is considered a delicacy. 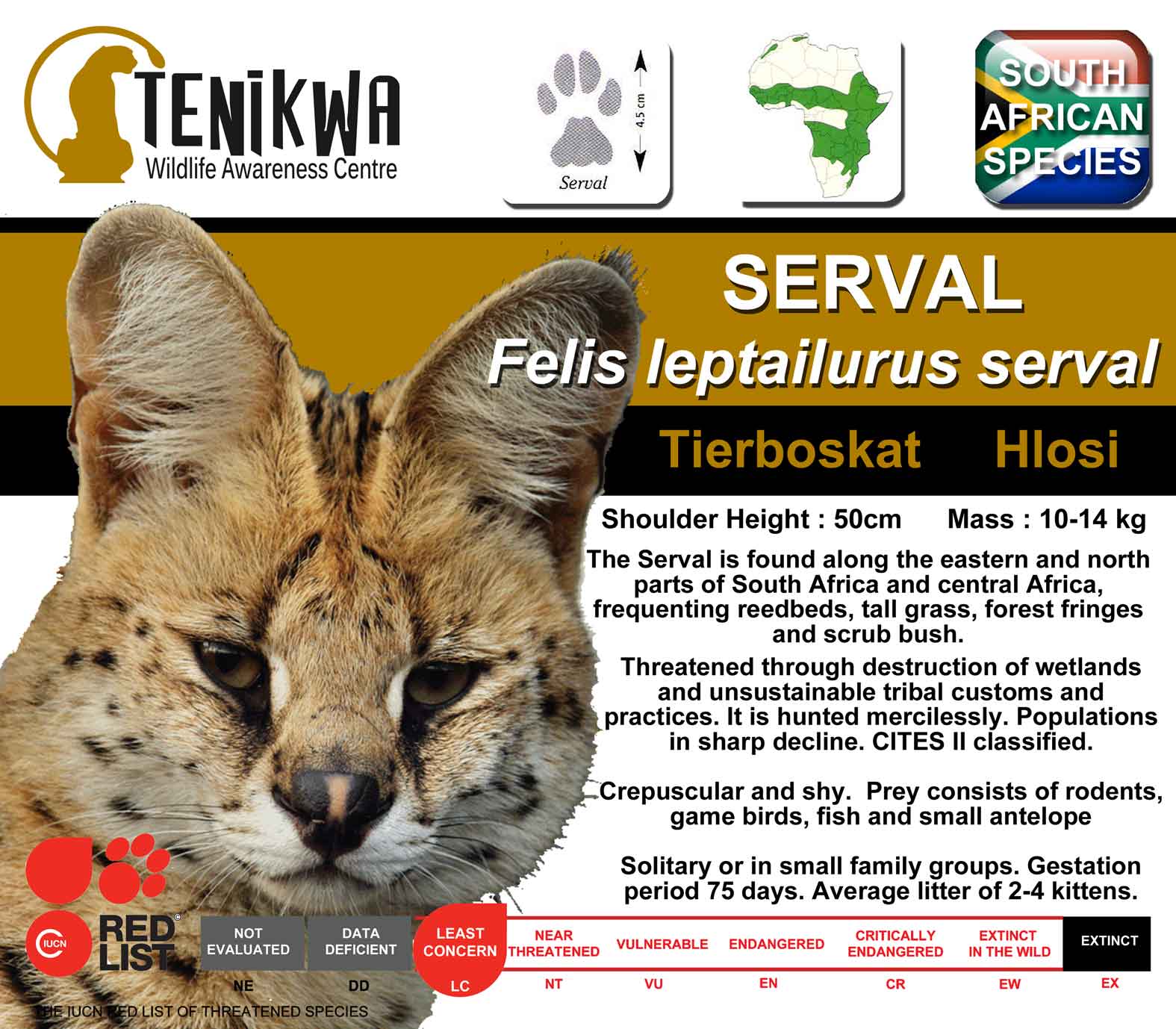 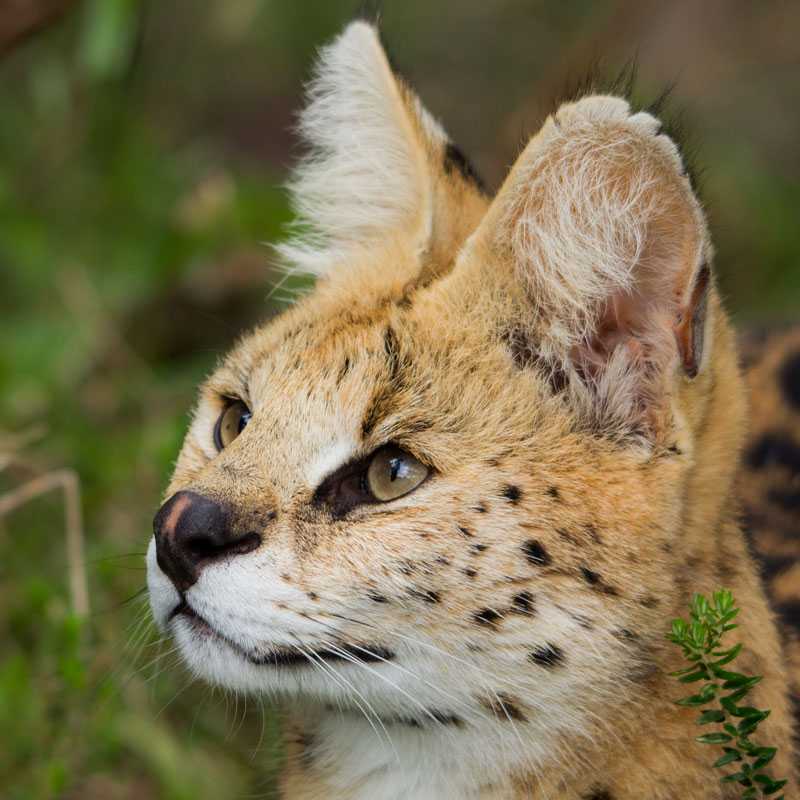 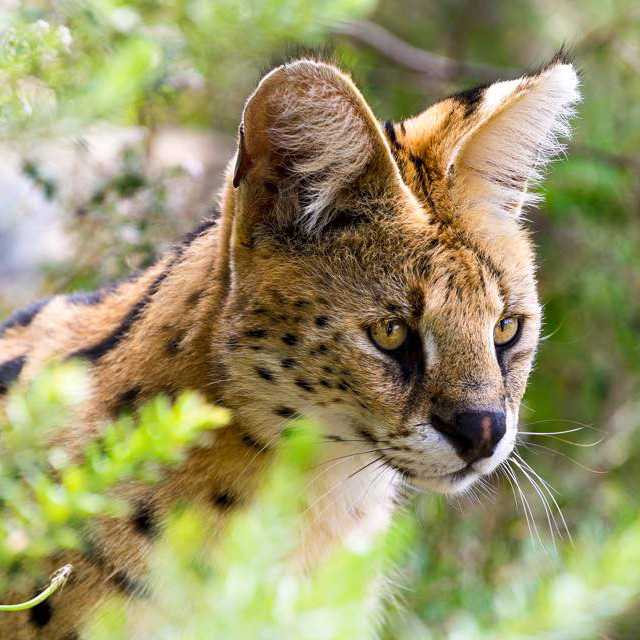 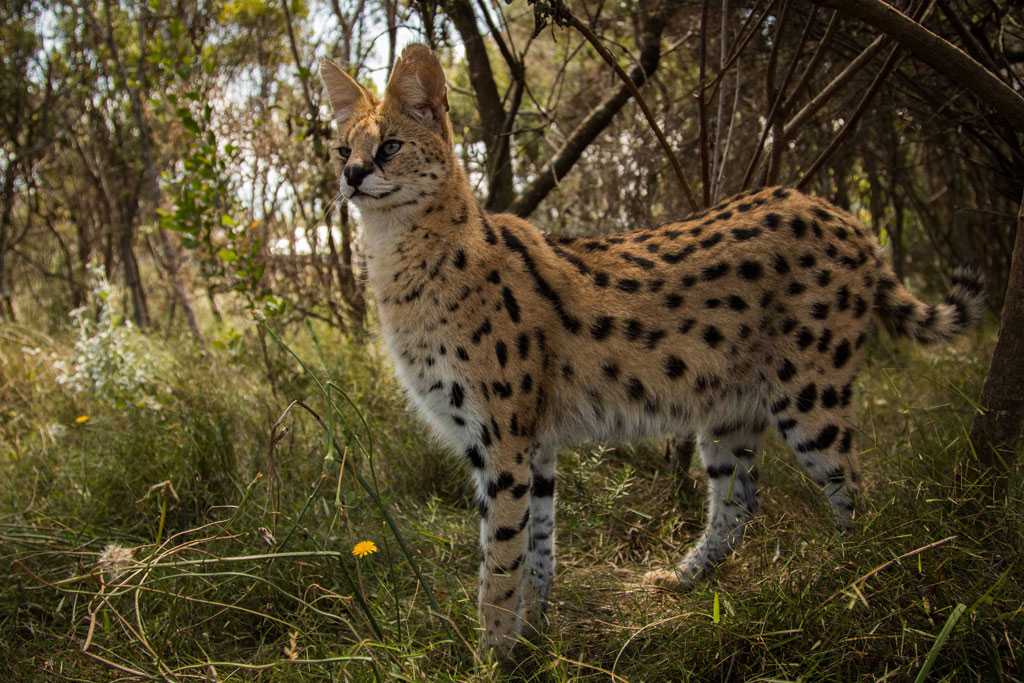 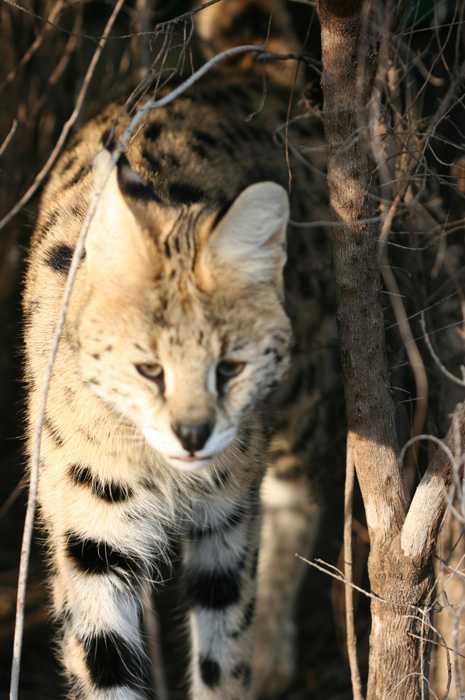 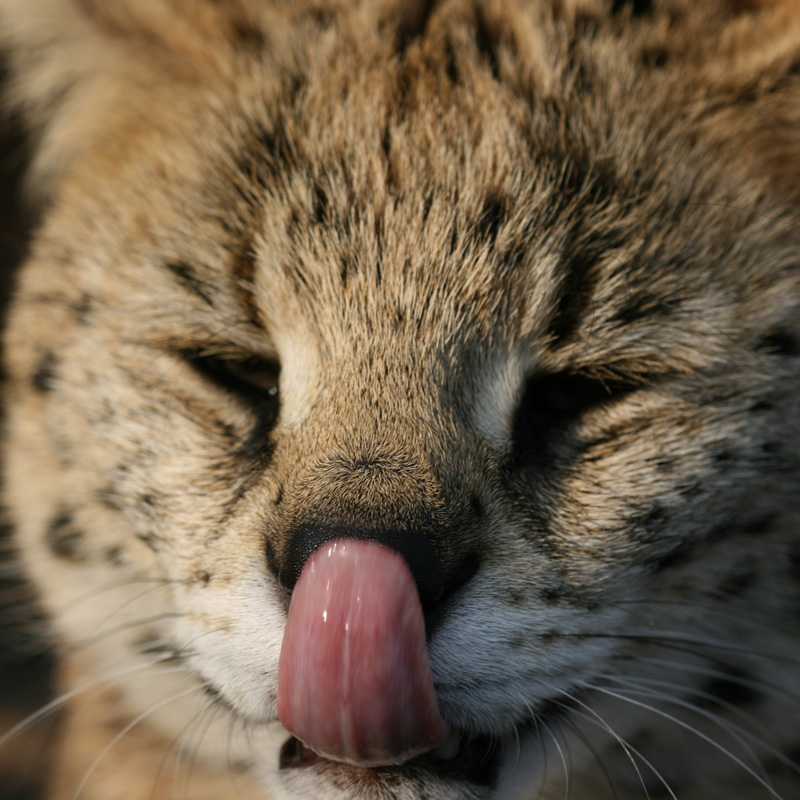 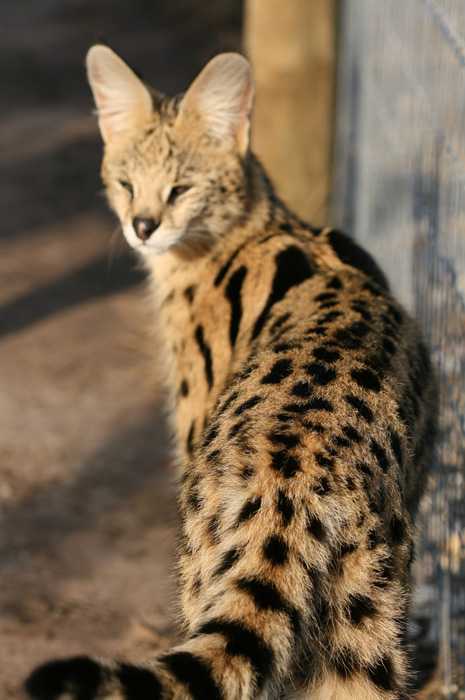 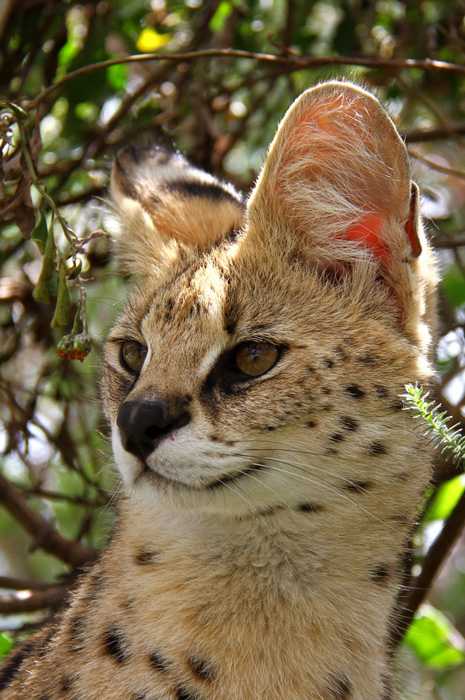 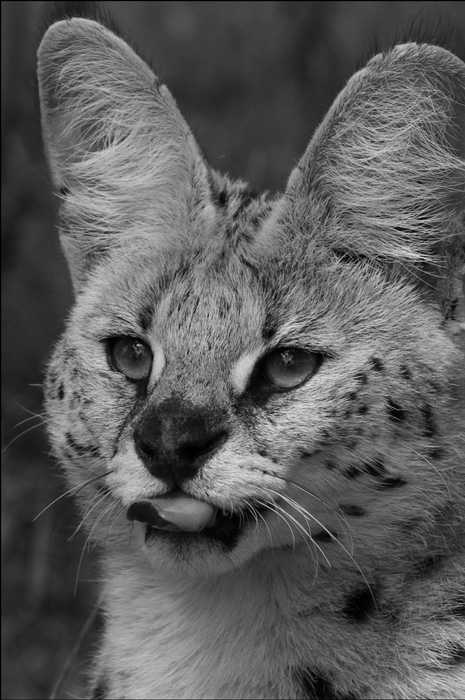 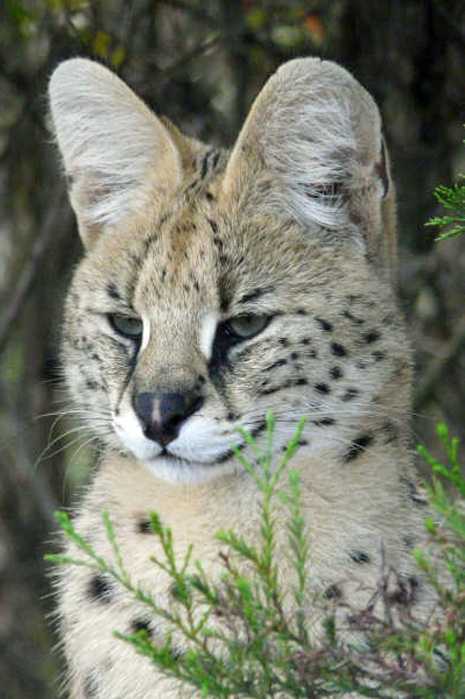 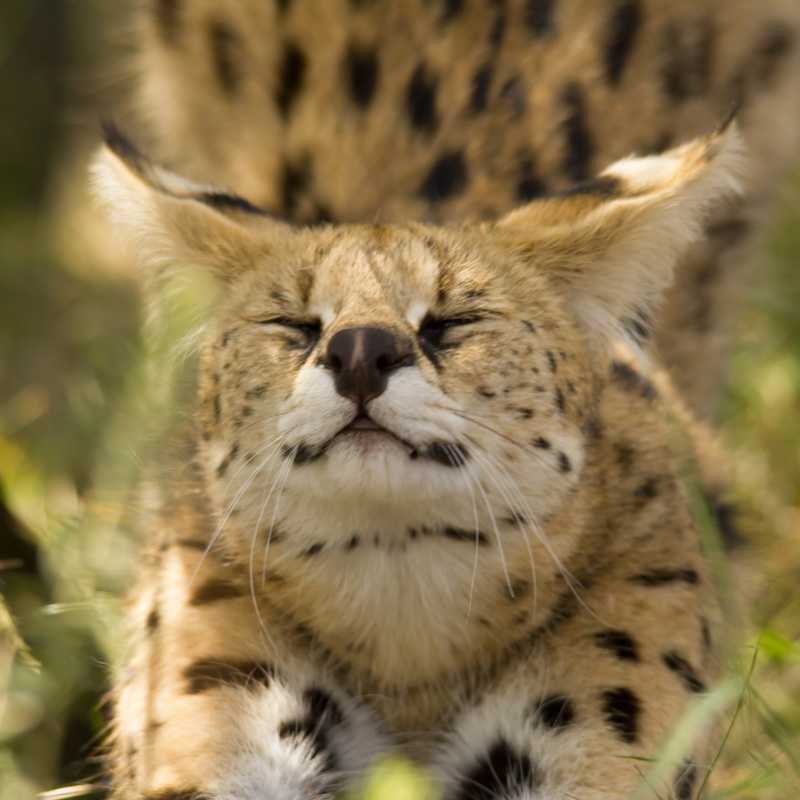 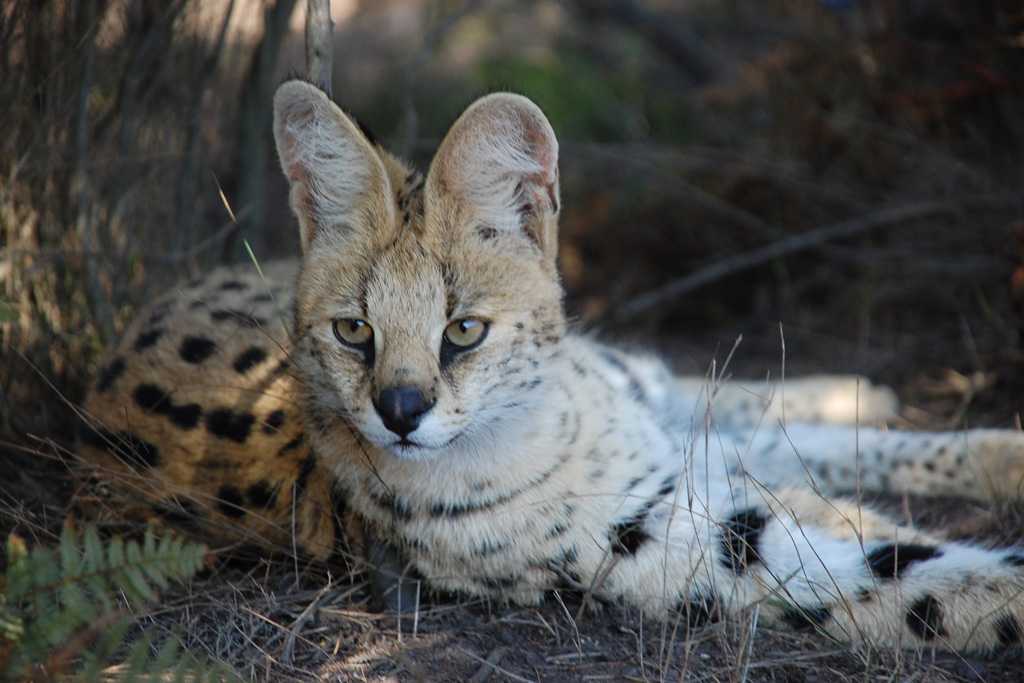 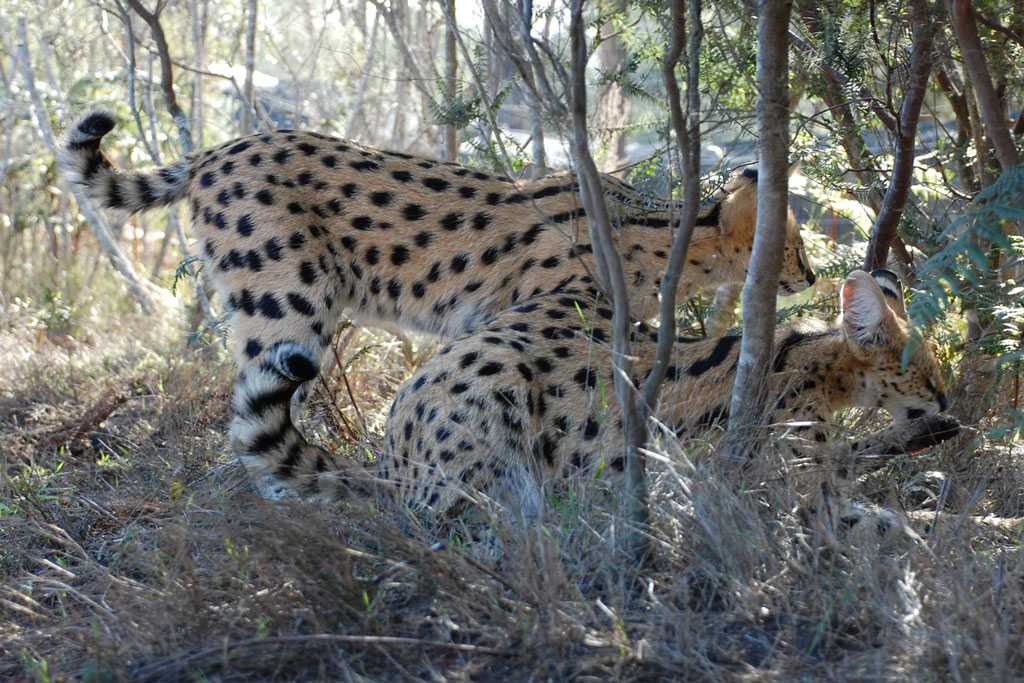 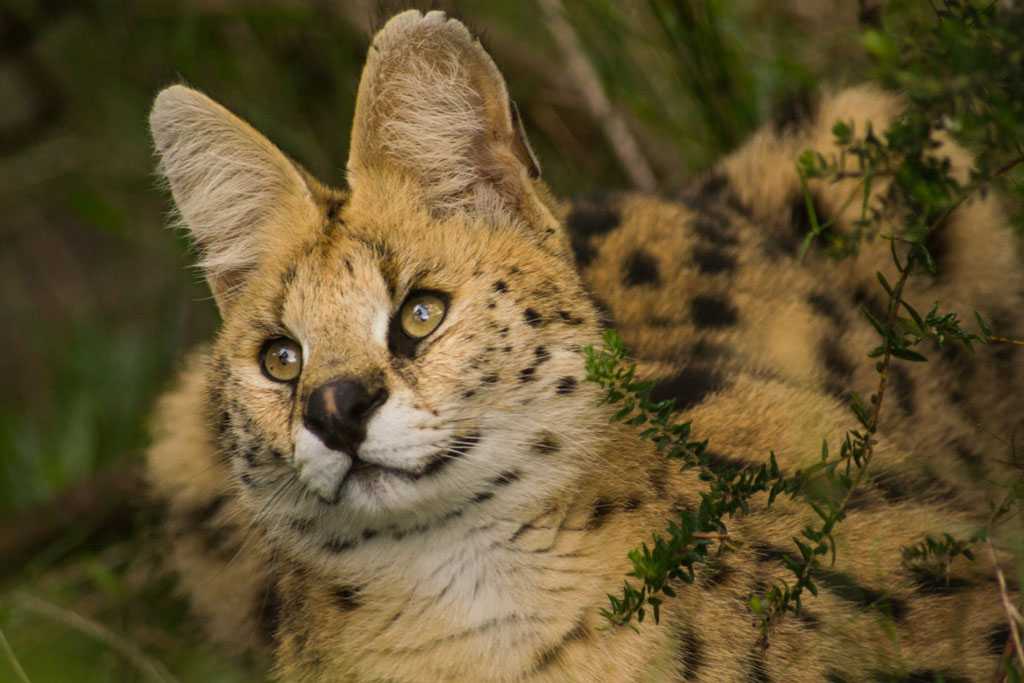 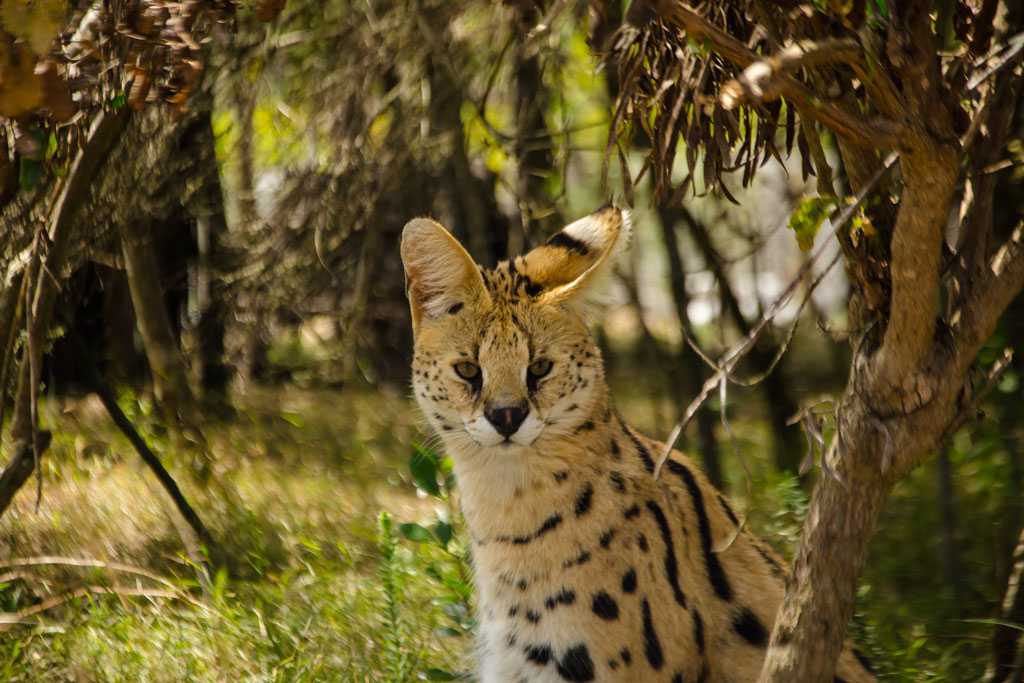 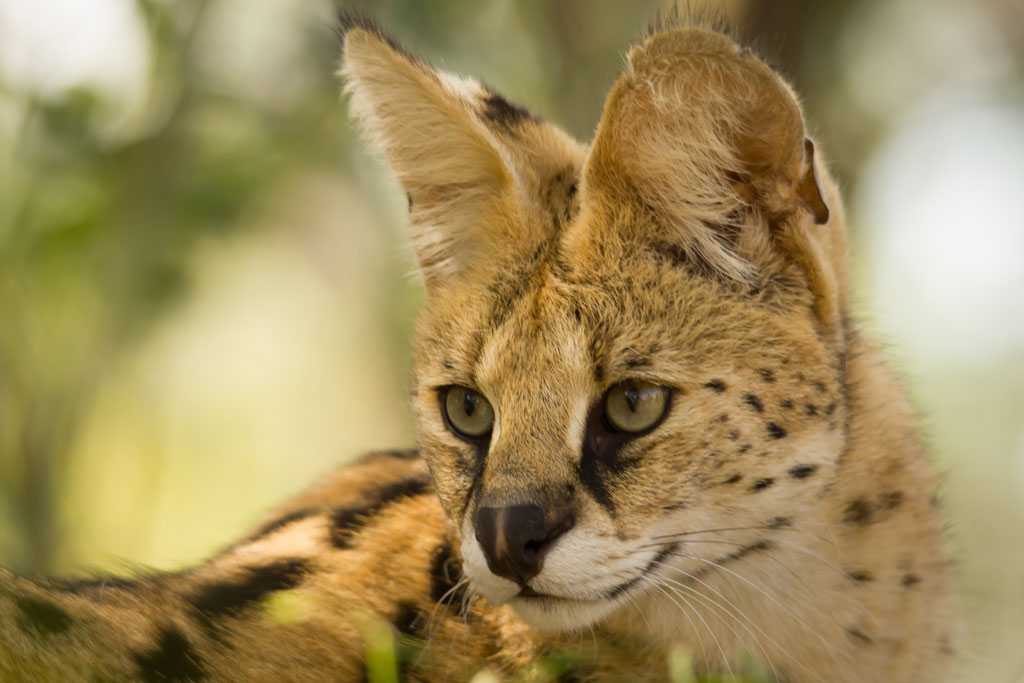 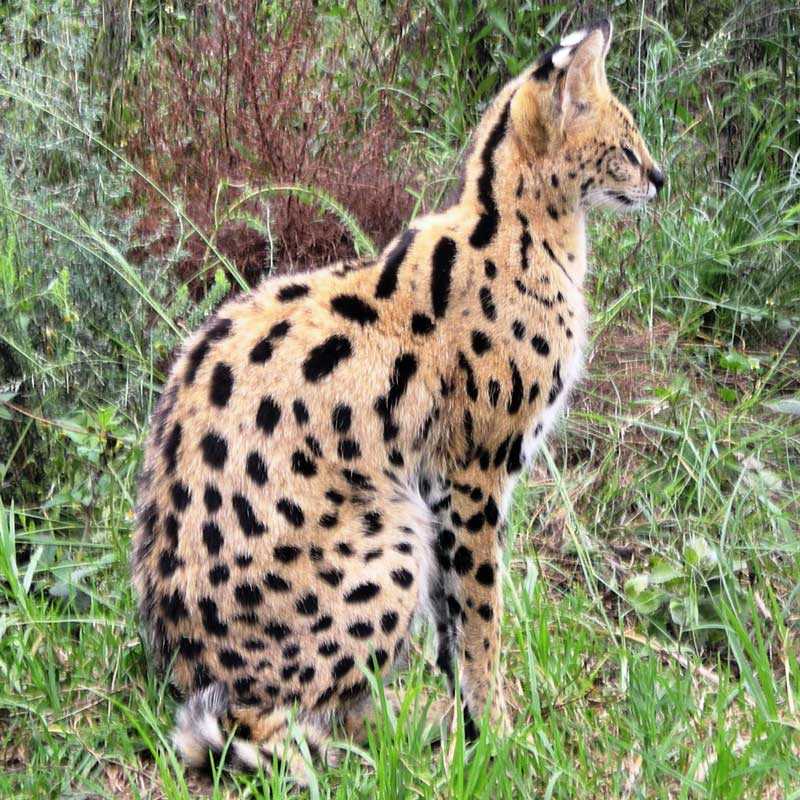 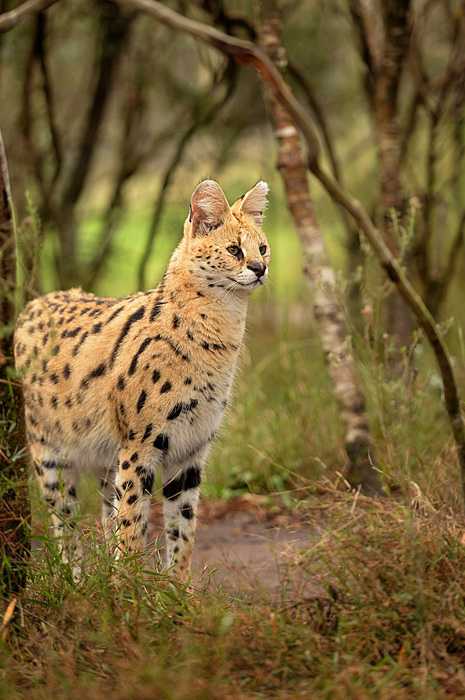 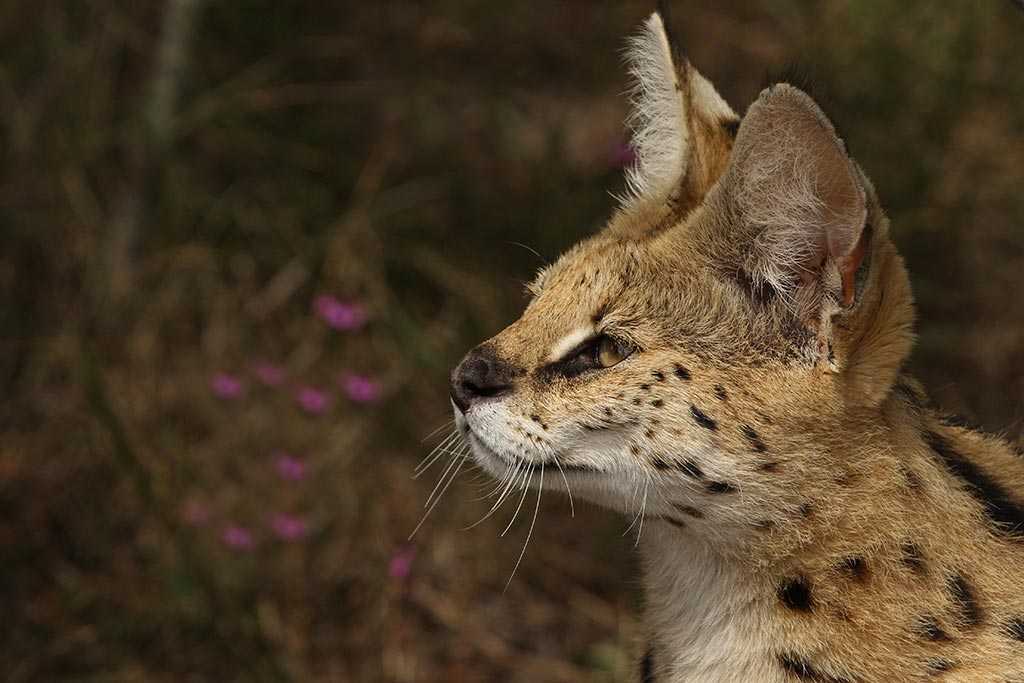