Solitary Penguin on the beach

Penguins come ashore for various reasons. Because of the endangered status and declining numbers, all penguins that come ashore in places other than their land-based colonies (Stoney Point, Boulders and Betty’s Bay) need to be removed from the beach and sent to an approved rehabilitation centre  for assessment. Under no circumstances should a penguin be chased back into the water.

If you come across a single penguin on the beach, wrap a towel around the penguin and over its face. Pick it up being careful not to get pecked in the face or arms. Put it in a box about 3 times the size of the penguin with reasonably tall sides, lined with a dry towel and bring it to the rehabilitation centre asap or drop it off at Cape Nature Offices or a nearby vet. Do not try to feed it anything or give it water. Penguins need to be taught how to eat fish in a rescue situation. Forcing it to eat whilst it is weak and hyperthermia could kill it. Penguins that are rescued from the shore need to stay warm (just slightly warmer than room temperature and dry until you can get it to an approved rehabilitation centre. Do not put it in the bath or shower or think you need to keep it wet. If you have a hot water bottle available, fill the bottle with boiling water, wrap in a towel and place it next to the penguin making sure that the penguin can move away from the heat if necessary. Make sure that the penguin is not constrained in any way, so that it can breathe, and that the box is adequately aerated. 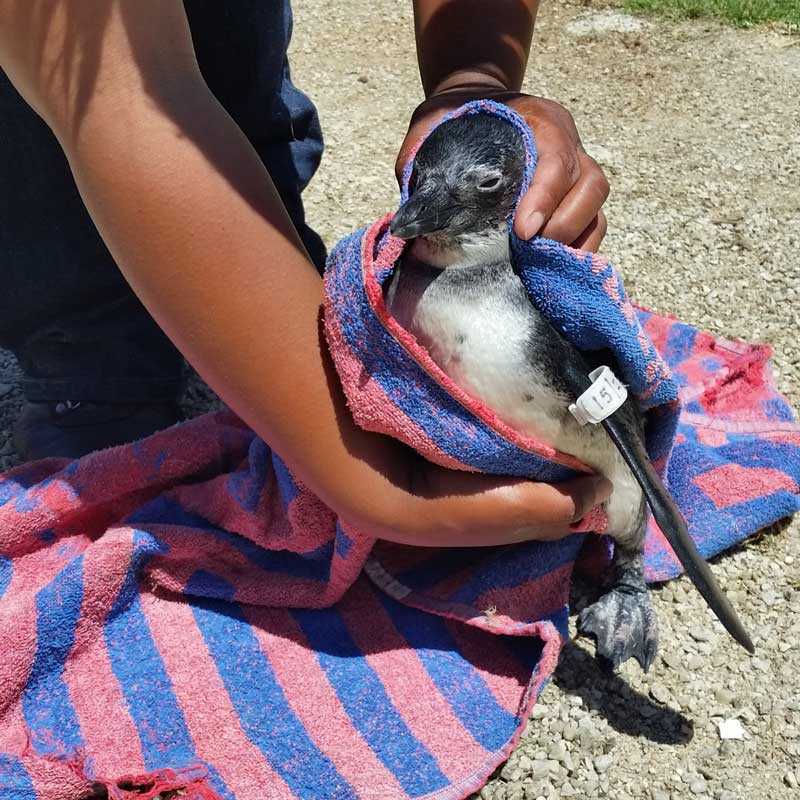 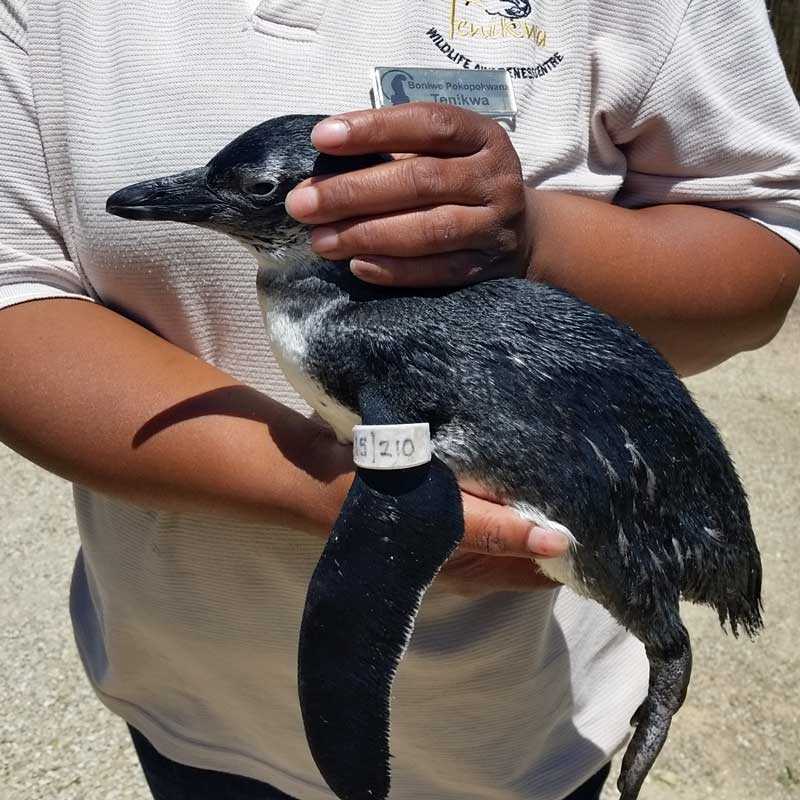 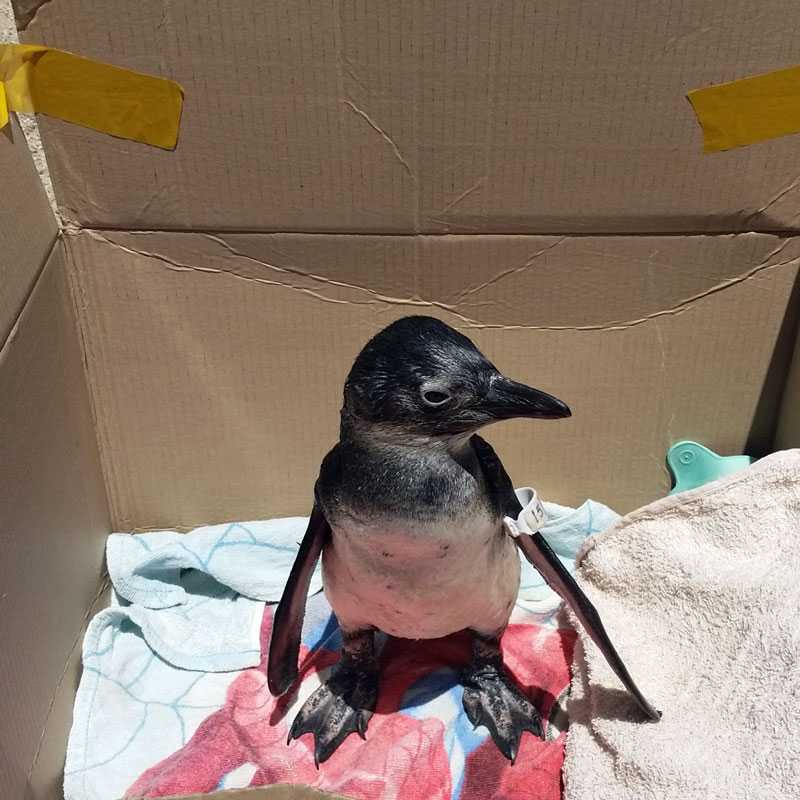 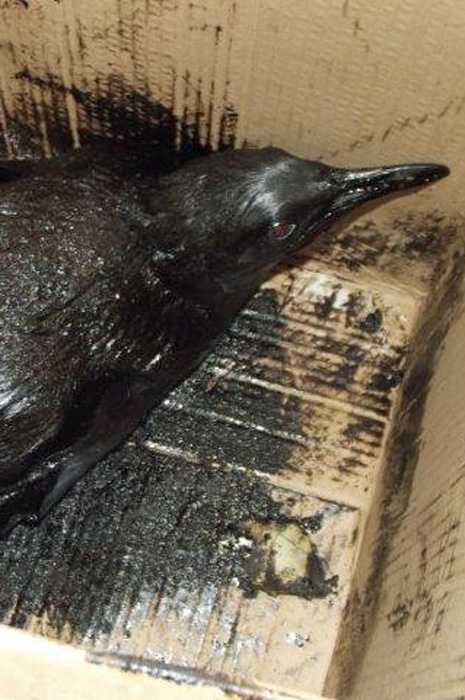 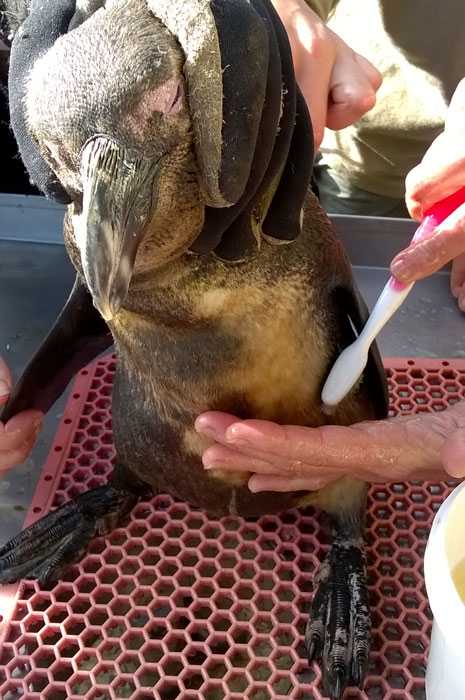 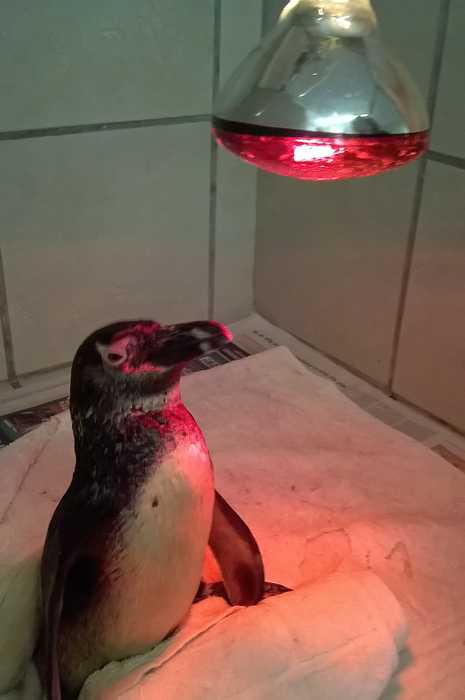 The colours and markings of a juvenile African Penguin