Wetlands the fountains that support Biodiversity 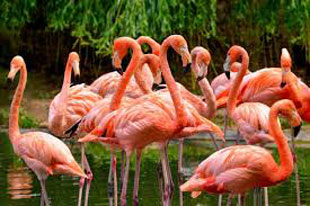 Wetlands are areas flooded by water seasonally or permanently and the plants that grow in these areas can survive anaerobic soil conditions. Water is usually found on top of the soil or just beneath soil surface. Wetlands are separated from dams and lakes because of the plants that grow there, usually it is well adapted aquatic plants called hydrophytes such as reeds, rushes and sedges and rooted plants with floating leaves such as water lilies. Here in the Garden Route wetlands are usually close to catchment areas such as lagoons, rivers, estuaries, marshes and lakes and most of them are protected under SanParks. 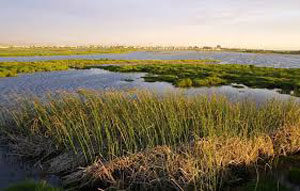 These different wetland types in the Garden Route support rare bird, fish and animal species. Flamingos and herons are some of the many species supported by this fountain of life that also shelters endangered species. This year’s theme is Wetlands and Biodiversity, looking at the pivotal roles the wetlands play in sustaining the diverse flora and fauna. Some of the roles include water purification providing a clean water source for animal consumption as most pollutants are filtered. pH is also balanced through absorption of some nutrients that are acidic in nature. Wetlands are also a food source for animals providing green pastures for wild animals and even livestock.

Over the years human direct interference such as infrastructure development at or near wetlands has caused a decline. Indirect interference such as deforestation has led to sedimentation through runoff of the top soils into the wetland. These inferences can be combined and can negatively change the state of a wetland cumulatively over time. Impacts threaten the species that stay in wetlands as food and shelter is lost. Any interference should be minimized and the pristine status of a wetland maintained. This ensures that biodiversity is supported for generations to come.