Be on the look for the Short Borer Beetle 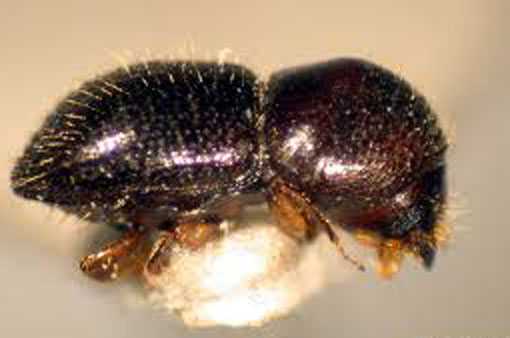 The short borer beetle is a insect that is active all year round. It can have up to 4 generations a year which is concerning considering the detrimental effects it has on the ecosystem.

This Alien insect from South East Asia was first found in KwaZulu Natal region and has spread now to The Garden Route. The threat is not the beetle itself but the fungus that is has a symbiotic relationship with to complete its life cycle. Fusarium Eurawallacaecae is a fungus that grows in the vascular systems within trees through the “tunnels” created by this invasive beetle. This small beetle has a big appetite and enjoys eating from tree to tree, transferring the fungus spores with them in the process.

Any tree can host the fungus making it more prevalent in neighborhood trees and farmlands. Its detrimental effects include wilting, short gum lesions and wood frass (wooden powder) and these can be the indicators of an infected tree.

There is no way in which the short borer beetle invasion in Western Cape can be stopped. However, treatments and management strategies can help reduce the impacts. The fungus can spread through purchasing infected firewood hence, it is wiser to use charcoal as fuel. It is also safer to practice cultural or biological mechanisms to deal with this pest and the fungus. Ways include practices such as purchasing firewood locally, treating wooden furniture and also burning affected trees. Incineration is advised on trees that have been attacked by the short borer beetle.

Fungicides and insecticides can be used as a combination after observing the tree logically. Insecticides such as cypermethrin can be used on the affected trees. It is important to use insecticides and fungicides as a last resort as they might have major negative effects on the ecosystem, if used it should be done cautiously.