Dan the tourguide returns to Tenikwa 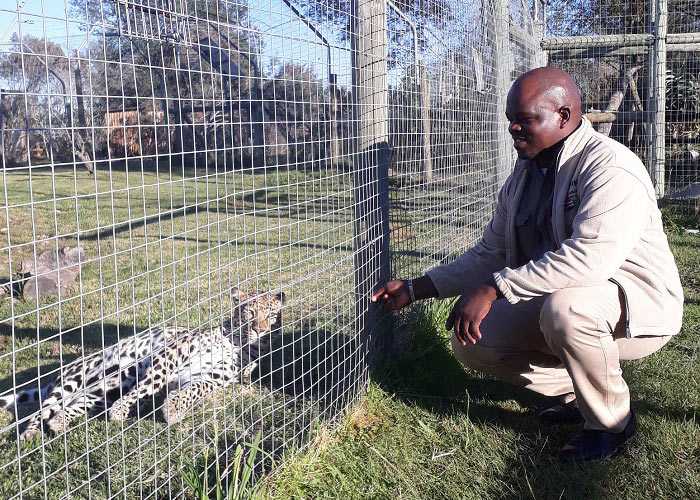 We would like to welcome back Daniel Ngulube!!!  Dan joined Tenikwa in 2008 where he was trained and became qualified as a Site tourguide and NQF Level 2 Nature Guide. In 2011 with our blessing, he decided to return home to Mazimba Malawi. After 7 years absence, we are thrilled to welcome him back.

Dan always had a special connection with ZweLakhe,  our Leopard,  and was privileged to spend time with him when he was growing up. On arriving back at Tenikwa, Dan’s first action was to visit his old friend.  ZweLakhe came up to the fence in response to Dan’s greeting “but was shy at first just like any human” says Dan “before the memory kicked in and he accepted me again”. It was quite an emotional greeting as his longlast friend rubbed up against the fence showing his recognition of a familiar scent and voice.

When asking Dan on his decision to return, he said “I have been here with good people and thought its good to come back and live with them again”

The team at Tenikwa joins in welcoming Dan back!