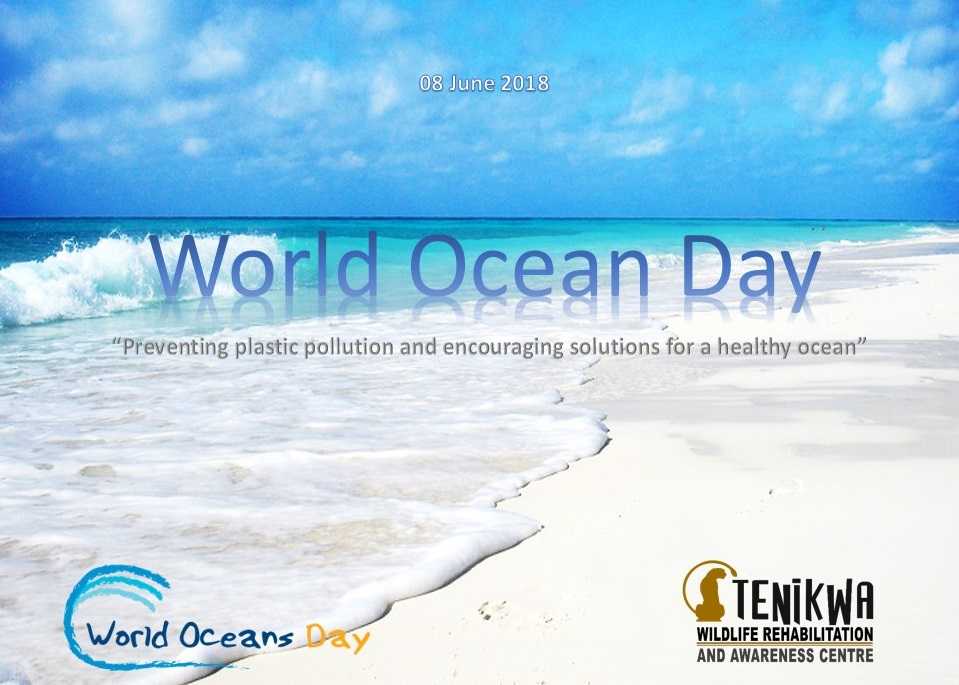 “Preventing plastic pollution and encouraging solutions for a healthy ocean”

Plastic pollution is a major concern for all nations at the moment. This is simply because it threatens all marine life and threatens the health of all life including humans.  Each year it is estimated we produce about 300 million tons of plastic, an estimated 13 million leaks into the ocean, and by 2050 it is projected that plastics will out-weigh fish in the ocean.

Oceans provide more than 50% of the Oxygen we breathe and stores 50 times more Carbon Dioxide than the atmosphere. It regulates the whole world’s climates, by transporting heat from the equator to the poles and vice-versa transferring the cold from the poles to the equator thereby creating a balanced regulated climatic system in the world. This same climatic system ensures a sustainable weather system for different regions and is responsible for our weather seasons across the globe. It is estimated that about 76% of the U.S. trade involves Marine transportation. This is also true for most of the bulk transportation channels of the whole world from continent to continent. The ocean provides about 3 million jobs in the U.S alone and a hefty over 200 billion dollars contribution to their GDP per year.

In Namibia the ocean with its provisions namely fishing is the second GDP contributor to their economy, making it one of their most important assets. At least one in four people in the world is dependent on sea food as their number one source of protein. The ocean resources basically contribute more than 5% of global GDP and more than 50% of all life in the world is found in the ocean. It contains about 99% of living space in the world and less than 10% of that space has been covered by human explorations. This shows how huge the ocean is and how much respect we should give it or honour it with.

Less than 1% of the ocean is protected or managed

Given the amount of surface cover the ocean envelopes, it is hard to believe that only about 1% of it is protected or managed. The ocean has been identified as a key frontier to economic growth under Operation Phakisa in South Africa. Operation Phakisa aims to utilise coastal lines for growth and development. Besides fisheries it has been noted in South Africa that a greater part of the Tourism industry happens in the coastal regions and in 2016 alone it contributed 9.3% to the GDP. This inspires the vision that if sustainable coastal strategies are set and implemented, more can be harvested from the ocean. It is a target of growth and development during these trying economic times. To achieve sustainable development of any ocean related growth and development, it cannot be ignored that exploitation of the coastal resources can spiral out of hand if no proper environmental management systems are not set in. The protection of coastal places has to be one and foremost top priority. Controlling fishing so that the ocean retains its biodiversity to balance its ecosystem, controlling off-shore Gas or Oil mining if it is to be introduced in the development plans, and managing port side projects so that no Ramsar sites are affected nor coastal lines eroded or intoxicated with no mitigation plans in place.

Intoxication of the ocean has been a huge cause of concern for marine life. Ranging from oil spills, to leaking radio-active elements, and to currently the biggest marine life killer being Plastic pollution. Marine birds die from ingesting fish with plastic elements in them and from picking up plastic pieces in the ocean to feed their young assuming they are fish eggs which mostly resemble the transparent nature of plastics. Turtles die from ingesting sizeable transparent plastic bags confusing them with Jelly fish. The list is endless of the chain of impact in which plastic is causing to all life forms in the world.

Not only marine life is affected, we are too.

Humans are not going to get off lightly as plastic pollution grows. A large part of our world population depends on the same sea food that is exposed to a lot of plastic particles that we humans are also now ingesting indirectly.

On this day, the 8th of June, the Ocean is acknowledged as a great asset to the whole world. Plastic pollution has raised its head prominently for many environmental awareness days this year. It is a top priority topic for this year’s Ocean day and encouraging solutions for a healthy ocean. The whole world needs to unite and support these solutions to change the gloomy future that is going to follow if nothing is done to curb this plastic problem.

What everyone needs to do is to;

Support all new eco-friendly products like Bamboo Straws, bio-degradable paper straws or edible straws instead of the plastic straws. Use Bio-degradable grocery paper bags instead of plastic paper bags. Voice out your eco-friendly ideas, support all businesses that are eco-active or eco-conscious and shun away from single use plastic businesses. A thumbs up to all the entities protecting, rehabilitating, doing sustainable research and promoting good practices on marine life and marine management.