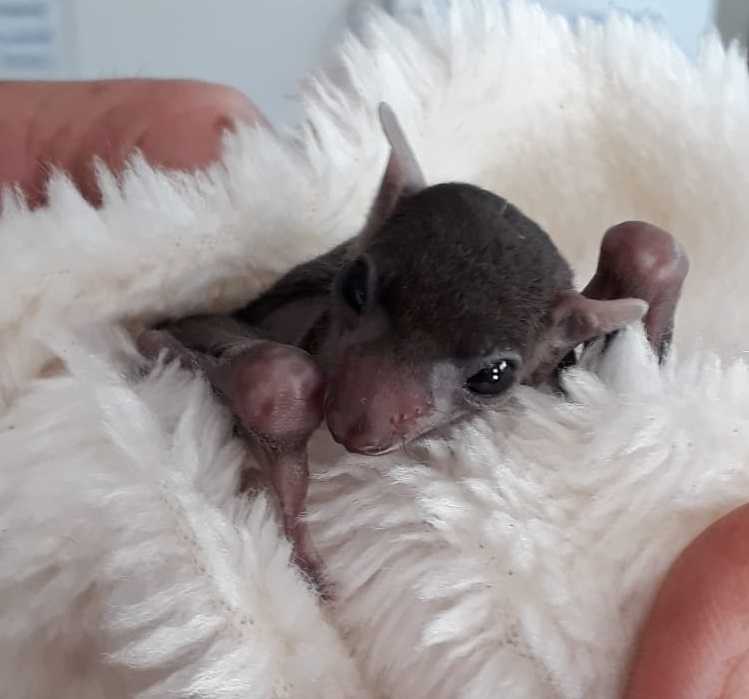 A juvenile fruit bat was found by the staff of  ‘Off the Hook’ Restaurant in Plettenberg Bay yesterday and admitted to Tenikwa. We arranged to collect him and he is now being cared for in our wildlife rehabilitation facilities and drinking nicely. He has been identified to be an Egyptian fruit bat (Rosettes aegyptiacus) which occur from Cape Town all along our east coast, up into Zimbabwe and right up through Africa into Egypt. They’re found in forested areas, woodlands and even Savannah in areas that have abundant supply of fruit as this is their main diet along with nectar.
Fruit Bats use caves or abandoned mine shafts to roost in. It is the only fruit bat that can echo-locate, but like other fruit bats has good eyesight. They occur in colonies up to several thousand strong and give birth to a single pup after gestation of 105 days in early summer in our region. 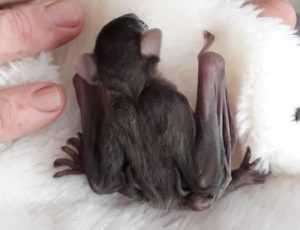 How or why this little chap landed up needing to be rescued will always remain a mystery but thanks to the caring staff at  “Off The Hook” he is now in safe hands. This morning we were able to locate a tiny latex tube from The Bike Shop Plett (used in bicycle tyre repair kits) which has been converted into a teat from which he greedily sucks minute quantities.