Genet Plight Think of me when you drive at night 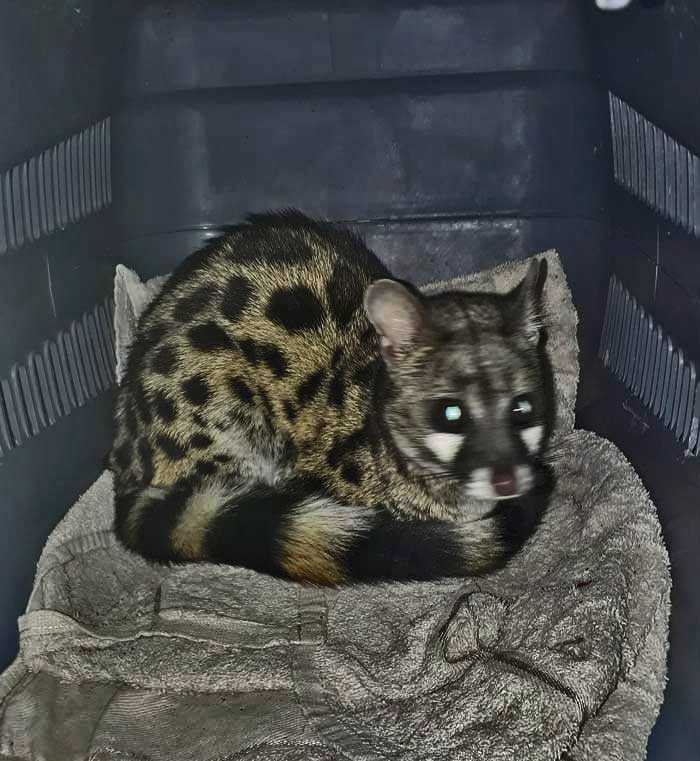 As the sun sets over the mountains, the day is just starting for the Genet. This resourceful nocturnal cat-like animal is an opportunist hunter and at times ends up in conflict with chicken farmers as they prey on birds and their eggs to enjoy as delicacies. Educating farmers on non-lethal predator management strategies becomes key as farmers tend to kill this opportunistic predator resulting in a decline in their numbers around rural and agricultural areas.

Traffic is the other threat that is causing death and injuries to these sleek and beautiful animals. It becomes a disadvantage to hunt at night for them and worse if it is close proximity to highway roads. Genets are blinded by car lights and are frequent victim of vehicles at night. This was the case with “Gen-Gen” who was hit by a car and later found by a very caring  member of the public on the roadside in Tsitsikamma.

He was admitted to Tenikwa Wildlife Rehabilitation, and after a quick assessment, realized the needed urgent veterinary care, rushed him to Dr Stephan Nell from the Robberg Veterinary Clinic. The Genet managed to recover from the severe concussion under Dr Stephan’s expertise. He later returned to Tenikwa Wildlife for further recovery in our rehabilitation, and we were delighted to release him back to the wild on the 5th of August. 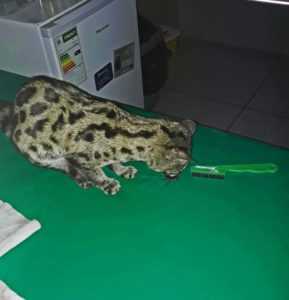 As one of the many solutions of maintaining biodiversity and the role Genets play in a healthy ecosystem, drivers are encouraged to drive cautiously on highways and slow down and dim their lights if they detect animal eye shining on or near the road.

The Cats in Conservation Tour at Tenikwa Wildlife presents the opportunity to see what happens behind the scenes during animal rehabilitation and also gives members of the public the platform to contribute in maintaining the ecosystem.